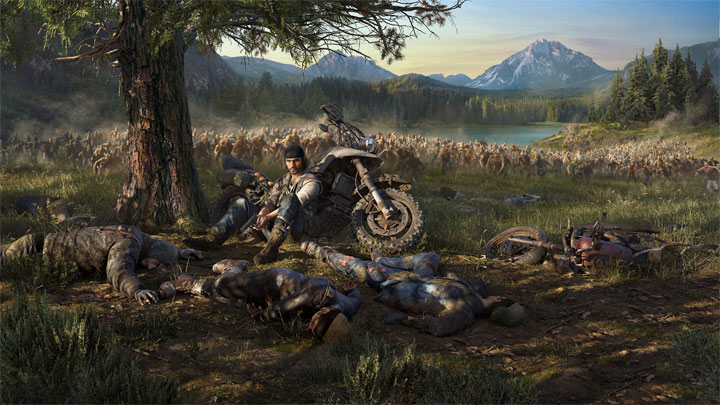 Days Gone will test the patience of players who don't like cut-scenes.
DAYS GONE IN A NUTSHELL:

We are less than two months away from the premiere of Days Gone. The Bend Studio decided that it was high time to reveal the length of the game. Completing the campaign should take about 30 hours. Interestingly, we will spend six hours watching cut-scenes.

The 30-hour campaign is a good length for this type of game, and the open structure of the world and optional challenges will probably make it possible to squeeze more out of this production. However, the sheer amount of time devoted to cut-scenes may be surprising. Watching 20-minutes long clips may not be appealing to some players.

Days Gone is heading exclusively for PlayStation 4. The game will be released on April 23rd this year.

Those who are tempted to pre-order the game will receive bonuses in the form of faster access to crossbows and motorcycle upgrades, as well as a dynamic Days Gone Sawmill theme for PlayStation 4. Two special editions are also being prepared. The Digital Deluxe Edition will offer an album with graphics, a soundtrack, three skins for a motorcycle, faster access to Monkey Wrench skills and a dynamic theme presenting the main character fighting a zombie horde.

The Collector's Edition is being prepared for the biggest fans. In addition to the entire content of the Digital Deluxe Edition, it includes the main character's statuette, a set of patches, six clips, four stickers, a steel box, a CD soundtrack and a 48-page artbook.