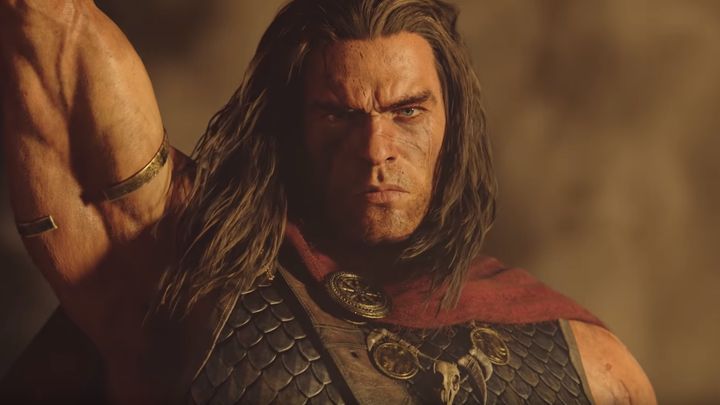 The first gameplay from Conan Unconquered.

Funcom and Petroglyph presented the first gameplay from Conan Unconquered, a new game in the universe created by Robert E. Howard. The material is more than four minutes long and is complete with developers' commentary, where they introduce the basic premises of the game.

Conan Unconquered is an unusual real-time strategy that can be played alone or in coop. The game is about repelling successive attacks of increasingly dangerous and numerous enemies. Depending on the settings selected, we may have to overcome a certain number of waves of enemies, or they may appear until we are defeated. What is important, each time we fight on a new, randomly generated map. The game is also diversified by the system of random events  we have to cope with sandstorms, for example.

Conan Unconquered will make its debut in June 2019.