To Diablo Immortal will soon receive an update bigger than before, with a lot of new features. It will disrupt the current update schedule - no new content will be introduced for the next two weeks (as it was so far).

However, before this mysterious update, scheduled for September, is released, we will get a routine update, marked 1.5.5, and with it new events. They will become available as soon as the game's maintenance work, set for tomorrow at 01:00-3:00 am PST, will be finished. Here's a look at what the update introduces.

Or rather, bosses. We will be able to face Gishtur and Beledwe starting September 2, if we visit the Einfrinn Tree in the Western March. For defeating them, we will receive Twin Horns (providing a 10% reduction in skill cooldown in the Challenge Rifts). However, we will not be able to do this if our character's combat rating is less than 4665. 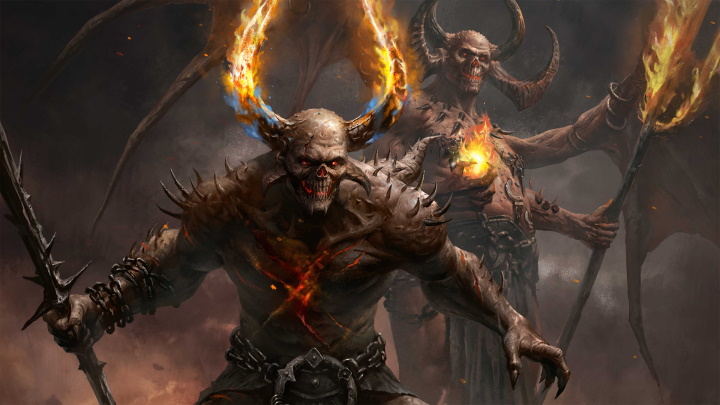 For participating in this event, we will receive moon crumbs, redeemable for blessings. Seven blessings will equal a random reward. The event will run from September 9 to September 12.

Scorched Sea will be available between September 14 and 28. For participation, one will receive, among other things, a Scorched Sea Frame. Another time-limited event is to be the Mists of Cyrangar. For the events duration (September 21-30) all players below the server's paragon level, will receive a buff providing additional experience.

In addition to the above news, the developers are also preparing bug fixes and an update to the function related to the Legendary Gems lockout. This may also mean that changes will be implemented in the appearance of Emblems, which also confuse some players. Or maybe these are the innovations that will be introduced by the big mysterious update planned for September?

The Last of Us Remake on Official Gameplay

Xbox Chief Praises The Last of Us Remake's New Features; Said to be Impressive

Possible PS Plus for September 2022

5000 Songs Full of Guitar Riffs and Solos in Rocksmith+