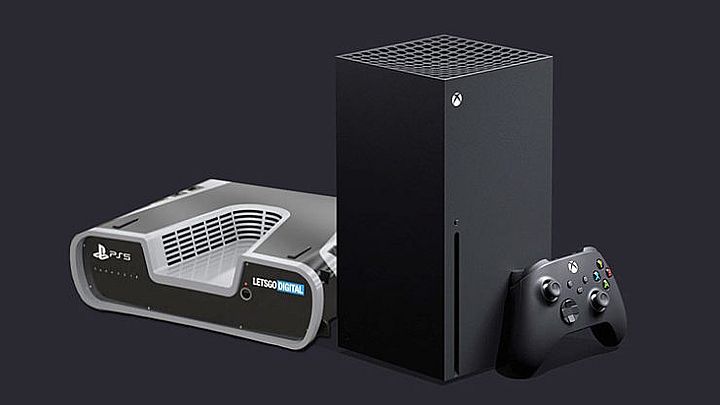 Both the new Xbox and PlayStation 5 are expected to appear in stores in before the Holiday season of 2020. Although new information about the specs of both devices appears on the web from time to time, we are still a long way from saying that we already know everything about the next generation of consoles. Therefore, it is difficult to avoid speculation and comparisons between the devices from Sony and Microsoft. The team from the Digital Foundry channel decided to take a look at all the reports so far and, based on them, estimate the power of the new consoles.

According to their analysis, the Xbox Series X will have 12 teraflops of computing power, which is a much better result than the competing PS5, which is supposed to have 9.2 teraflops. Why so much difference? According to the leaked specs, Sony's console will be equipped with Oberon chipset, which offers 36 Navi computing units operating at 2 GHz (GDDR6 with bandwidth from 448 GB/sec to 512 GB/sec). Xbox, on the other hand, will boast an Arden chipset with 56 computing units and GDDR6 with a bandwidth of up to 560 GB/s. If you want to see the entire analysis prepared by Digital Foundry, be sure to watch the video below.

If the above speculation turns out to be true, we can assume that Sony is striving to balance computing power with affordability, while Microsoft "does not take any prisoners". Digital Foundry speculates that the PS5 may cost about $399 and the Xbox Series X $499. This would of course cause a lot of controversy for potential customers: spend more money and enjoy the best performance, or save and trust Sony to guarantee the right number of exclusive titles?

Anyway, we are looking forward to an interesting period in which both Sony and Microsoft will do their best to attract users. Below you can see the computing power of individual consoles in teraflops and compare how next-gen is doing against current one. Of course we emphasize that the values for the Xbox Series X and PS5 are still not officially confirmed.

It is also worth remembering that computing power does not always translate into the best games. This is well illustrated by the current generation, where Xbox X also dominated in this respect, and it was the PS4 Pro that boasted the best-rated productions. Let's also add that according to previous leaks, developers consider the PS5 to be a stronger console than the new Xbox. Which will prove to be true? As a classic once said: "the market will decide".