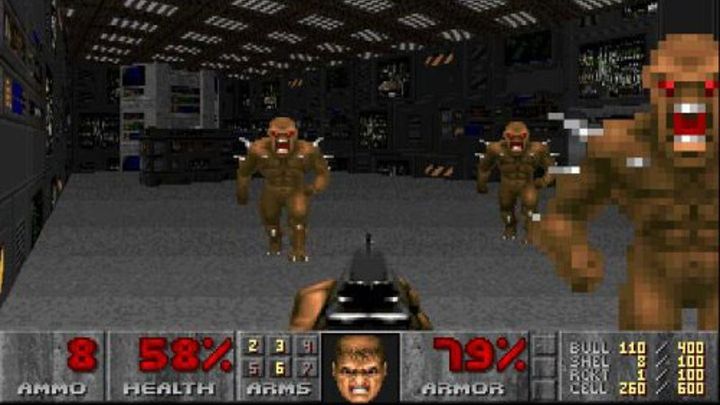 The first three installments of Doom went to 8th-gen consoles and mobile devices.

The Doom series celebrates its 25th birthday. On this occasion id Software together with Bethesda prepared a surprise for the fans. The first three installments of the series - Doom (1993), Doom II and Doom 3 - received ports for PlayStation 4, Xbox One and Nintendo Switch. In addition, the first two parts can also be play on Android and iOS devices.

In the case of Doom, we will also have access to:

If you are a fan of the series, you have the opportunity to return to the firstinstallments of the series. Prices for each title vary depending on the platform. Doom and Doom II can be bought for less than $6. For Doom 3 we will have to pay around $11. The game can be purchased in the following shops: PlayStation Store, Microsoft Store, Nintendo eShop, Google Play and App Store.