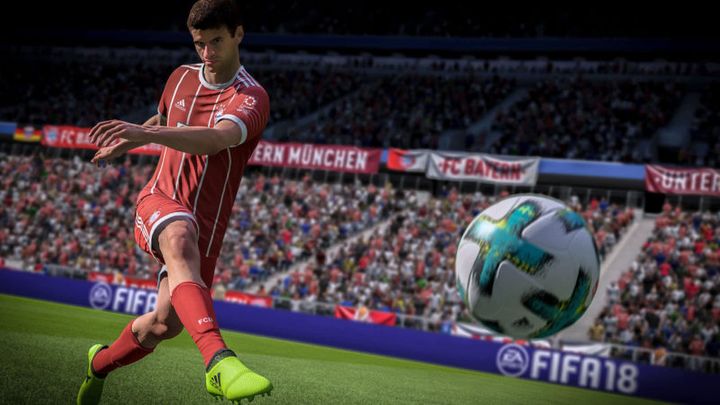 Dynamic difficulty adjustment technology is not implemented in FIFA 19.

Electronic Arts responded to allegations of using the system to dynamically adjust the difficulty level of FIFA 19. Developers in charge of the football series prepared a statement, assring that the solution is not implemented in their production. The note was published on the official forum.

"We’ve heard your concerns around the Dynamic Difficulty Adjustment patent family (here and here), and wanted to confirm it’s not used in EA SPORTS FIFA. We would never use it to advantage or disadvantage any group of players against another in any of our games. The technology was designed to explore how we might help players that are having difficulty in a certain area of a game have an opportunity to advance," the statement reads.

Dynamic Difficulty Adjustment is a system created by EA, described in the patent that you will find here. Without going into detail, the technology is designed to allow for a smooth change in the level of challenge posed by the game based on data on user engagement. For example, if the system detects that players are bored, production will become a bit more difficult. Similarly, when skirmishes become a source of frustration for the community, the gameplay will be made easier.

The solution described in the document linked above has been criticized by players for a long time. In particular, it is questionable mainly due to the fact that the system may affect the chances in multiplayer modes. The way in which the level of difficulty is modified is also controversial - technology changes the capabilities of the character controlled by us, which means that doing exactly the same action twice can bring completely different results.

Other examples of video game features that can be modified - which may or may not be detectable to the user - include providing additional character speed in the game, improving throwing accuracy, changing distance or jump height of a player, adjusting control sensitivity, and so on. In some cases, adjustments may in addition or alternatively involve reduction of the capabilities of a player, and not just improvement. For example, a player may become faster, but shoot less accurately, we read.

A clear statement on this matter is certainly a step in the right direction. Corey Andress from the development team responsible for the FIFA series also addressed the issue on Twitter, explaining why the studio had been waiting so long to answer the questions posed by the gamers.