The premiere of Spider-Man: Far From Home is the first major event for Marvel fans since Avengers: Endgame. The Internet was already flooded with various little tidbits and easter eggs. We will draw your attention to one of them that connects both parts of Spider-Man (Homecoming from 2017 and Far From Home from 2019). Remember, however, that this message contains spoilers!

Below you will find a description of the ending of Spider-Man Far From Home. You read on your own responsibility.

The plot of the new Spider-Man is a rather simple and relaxing story. However, pay attention to a certain composition bracket hidden in mid credit. Peter Parker took his girlfriend MJ on a crazy flight around town. When they finally land among people on the sidewalk, the advertising wall displays breaking news. The presenter says that the message will shock everyone and displays a video of Mysterio, who is framing Spider-Man for murder. But it's not the most interesting thing - moments later Mysterio announces to the whole world that Peter Parker is Spider-Man. 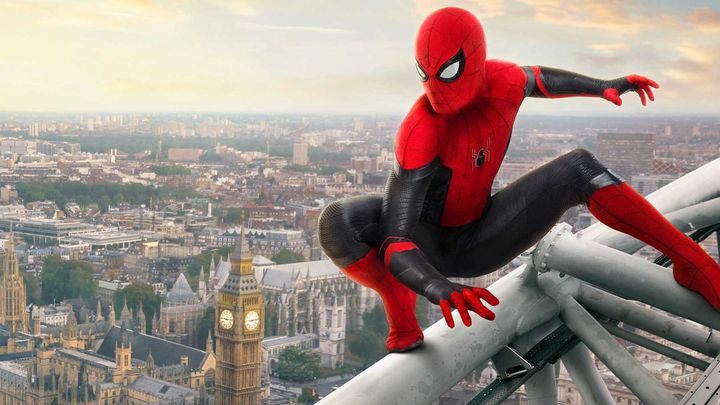 And this is where the composition bracket was hidden - Peter grabs his head and shouts "What the f...!". You see what we're getting at? That's how Spider-Man Homecoming ends. Peter Parker in his apartment dresses up in a Spider-Man outfit and doesn't see Aunt May standing behind, until she screams "What the f...!". This is no coincidence - in both scenes of these films, outsiders get to know Spider-Man's identity: first Aunt May, then the whole world.

Marvel is famous for including many references to pop culture and easter eggs for fans in its films. This kind of fan-service has been the cornerstone of humor in their films since 2008 Iron Man. If you have found other references in Peter Parker's new adventures, share them with us!