Less than a month after the terrible launch of eFootball 2022, Konami has announced the delay of the game's first update. Promised at the beginning of October, the patch intended to significantly improve the game will arrive in November.

The delay is not very big, but bearing in mind the dire condition of eFootball 2022 and crushing feedback from gamers, the Japanese company risks a lot even with such a small delay. The following message informs that the developers responsible for the project need a little more time to prepare the update 0.9.1. 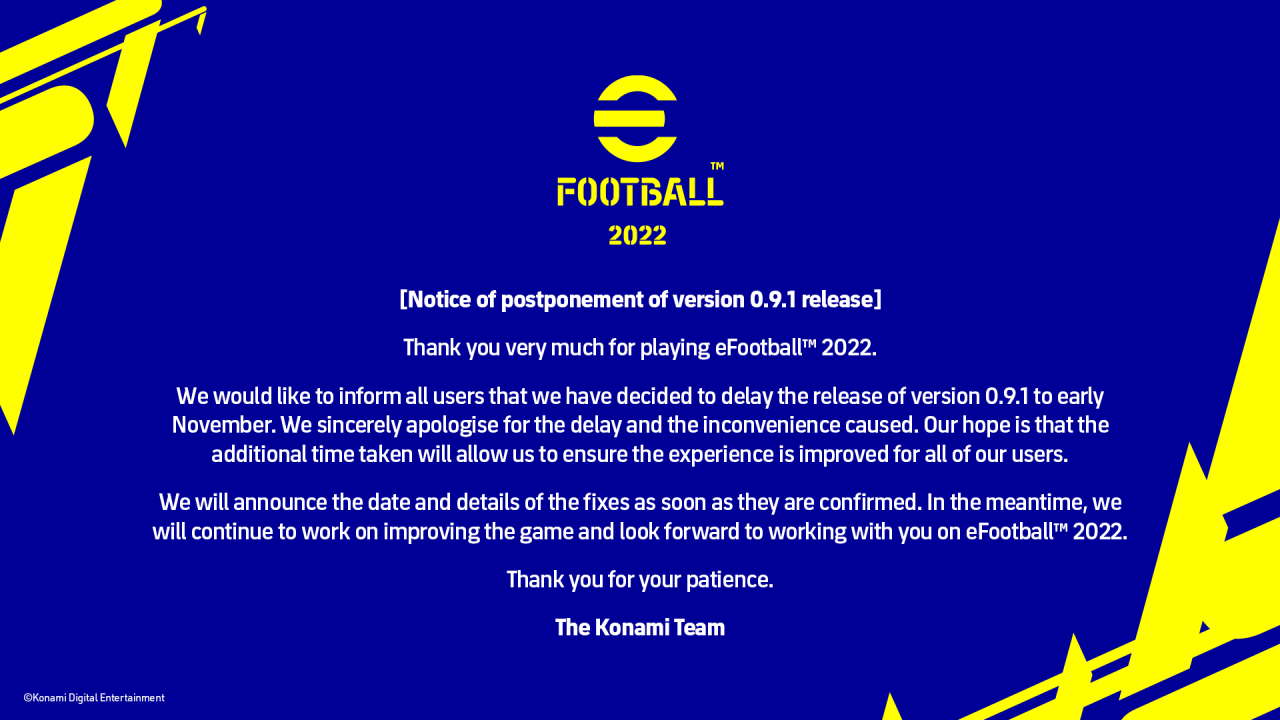 We still don't know which bugs will be fixed. From the previews, we know that the game was to be enriched with new modes over time. First were to be a refreshed version of myClub and a few variants of online play. At a later date, we were to receive an additional paid mode Master League.

However, it's hard to say how much influence on the new content had the game's terrible launch and the urgent need to patch it up.

Zombies and Leshen are the Highlights of Steam's Bestseller List