Starlink, Elon Musk's initiative to bring the Internet to every place on Earth, is gaining momentum. And speed, because entering the next phase of testing has allowed download speeds of up to 190 Mbps. Some users even report results exceeding 200 Mbps. These are most likely temporary, and the average speeds are not that good, but it is clear that the whole endeavor is starting to achieve its goals. Currently there are already over 950 Starlink satellites in orbit (map), and tomorrow, 60 more are planned to be sent. 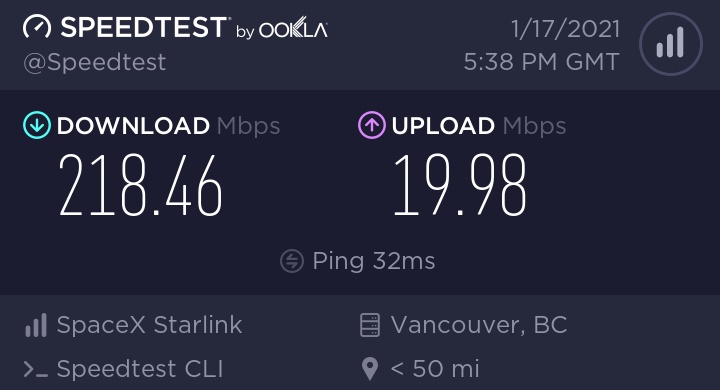 Almost 220 Mbps - such a result recorded by one of the users (or rather beta-testers) of the Internet from Elon Musk. Another one reports as much as 230 Mb/s: 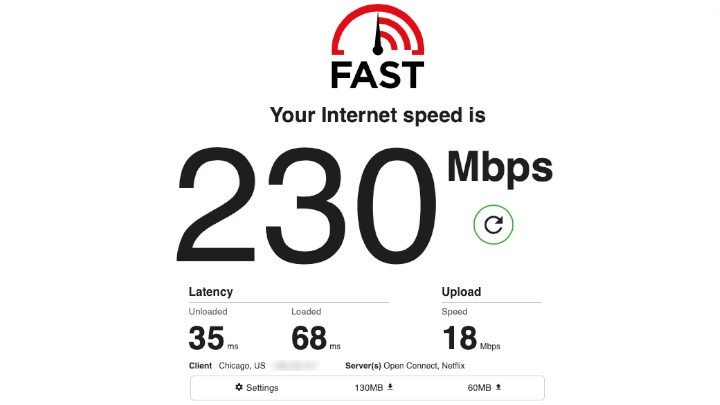 This is where Starlink achieves speed beyond speed. Source: Reddit

Such speeds are achieved only in certain places and at certain times. It's not always this good, the average for some people is around 130 Mbps, as you can see in the graph below. Others report average download speeds between 50 and 150 Mbps.

This dispels initial concerns about Starlink's performance (e.g., legends that a single satellite would have a bandwidth of 1 Gbps). Whether such speeds will be sustained with a much larger user base remains to be seen, but it's important to remember that the number of satellites continues to grow. At the moment, just a few percent of the whole planned system is in orbit, and yet the speed is more than sufficient.

This is called an asymmetric link, which means that upload speeds are much slower. In general, upload reaches around 1/10 of the download speed. Latency also does not reach the results that would be worth boasting of, although it is not bad. For comparison - one of the most popular competing satellite Internet services, HughesNet, provides far worse parameters. One of the users, who has both, has prepared a direct comparison:

Ping 770 ms - well, won't be playing CS:GO here. Such a high latency is the result of a different design of the Internet provided by HughesNet. In this case, the satellites are placed in geostationary orbit about 30 thousand km above the Earth's surface. Elon Musk places his satellites much lower - most about 560 km above the surface. Thanks to that the signal travels several times shorter and we can even play online games.

Some HughesNet users have already declared to cancel HughesNet and switch to Starlink. Meanwhile, Elon Musk continues to develop his Internet access points and is preparing another batch of satellites for launch. The Falcon 9 rocket launch scheduled for today has been postponed (due to unfavorable weather conditions) until January 19.