You know what it's like with free-to-play games - very often they earn more than paid, high-budget titles, all through a mass of optional content, usually purely cosmetic. After all, Fortnite keeps itself alive in a similar way, and Epic Games keeps coming up with new ideas for fishing something from the wallets of avid players. The next new feature from the developers will most likely be the introduction of a monthly subscription.

Lets make one thing clear, though - this doesn't mean that access to the game will only be reserved for people who are willing to put up some money. Rather, it concerns purely optional elements that do not affect the gameplay. We are also still talking about this subscription purely hypothetically, as Epic Games has so far been testing the waters and informed about the potential offer via a survey. The survey asks a few questions about the player opinion on a possible recurring billing plan. An excerpt from the sheet has been made available on Twitter by user FireMonkey, among others, so we can see the graphic attached to it. It reveals a bit about the company's subscription ideas. 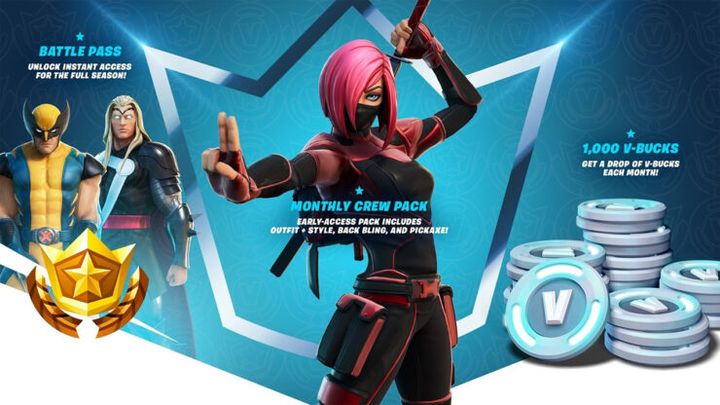 From the illustration, we can easily deduce that the monthly subscription offer would include the latest Battle Pass, a special package of cosmetic items (including, among others, clothes and pickaxes), as well as 1000 V-Bucks. According to data obtained by Wccftech, the whole package is to cost 16 dollars per month. However, nothing has been confirmed, so we warn against drawing hasty conclusions.

Calculate Your Chances of Playing as Impostor in Among Us

New Star Wars Trilogy According to Lucas: Darth Maul Instead of Kylo Ren