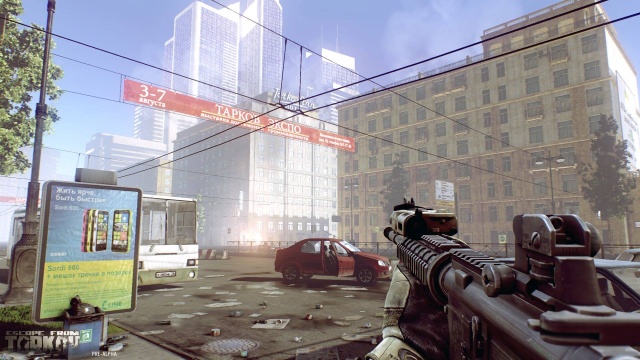 Before the full version of Escape from Tarkov hits PC, players will be invited to play alpha and beta.

Waiting impatiently to play Escape from Tarkov? Now you can pre-order this survival-themed MMO shooter from Russian studio Battlestate Games, says the news on the official website. There are several editions available  fortunately, each one grants offers close beta accesss  whose prices range from 34.99 euro to 109.99 euro. Buying the 57.99 euro worth Left Behind Edition also gives you an early access pass (and a chance to be selected for alpha testing), whereas the most expensive version grants all post-launch DLCs, let aside other in-game extras. Visit the store page for more details.

In the meantime you may want to watch a recently released gameplay video from Escape from Tarkov (posted above). The video explains how do inventory and looting system in the game work  if you enjoyed S.T.A.L.K.E.R. or DayZ, you are sure to like that too.

Escape from Tarkov is said to release on Steam in the second quarter of 2016. Prior to that we expect to see alpha and beta tests coming early next year.

Killer Instinct on PC will be a Windows 10 exclusive