As announced, the crowdfunding campaign for Everspace 2 on Kickstarter has been launched today. Rockfish Games plans to raise 450 thousand Euros by November 4. There are also additional goals, but so far nothing has been said about them. The action is promoted by a new video on YouTube - you can watch it below.

EVERSPACE 2 IN A NUTSHELL:

Everspace 2 is a somewhat unusual continuation. The first installment was a space shooter with roguelike elements and beautiful visuals, and gained some publicity and critical acclaim. The second part will offer more space shooting and equally stunning graphics, but this time the creators will focus on an open world full of content. There will be also elements known from RPGs, as well as from looter shooters. There are many ship models in the game, which can be freely upgraded to suit our preferences or to try to create something new. All this will be added to the arcade ship controls, which we could taste in the first installment. The whole thing will be complemented by a story created in cooperation with Joshua Rubin, who has written scripts for The Walking Dead: Michonne, Assassin's Creed II and Destiny. 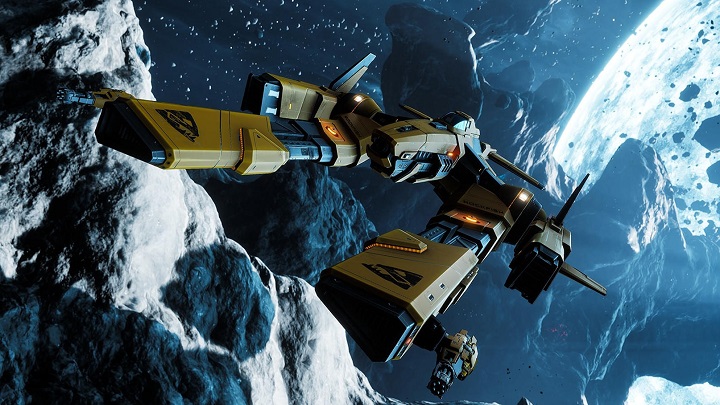 Everspace 2 is supposed to significantly expand the formula of its predecessor.

The previous part was a big success for the independent team and the creators assure us that they can afford to develop Everspace 2. So why the Kickstarter campaign? The studio explains its decision by wanting to involve fans in the production of the title from the very beginning, because although the most important elements are absolutely certain, many others are still mainly ideas. The team draws attention to the possibility of conducting closed tests for those who are really interested in the title (read: willing to pay extra for the possibility of checking it out early). In the case of the first Everspace, this allowed a relatively fine-tuned version of the alpha to be released in Early Access. This not only translated into a successful debut of the forst part, but also won the game the award for one the best polished titlesleaving Steam Early Access in 2017. In short, Kickstarter is intended to help developers create the best possible game with the support of fans. 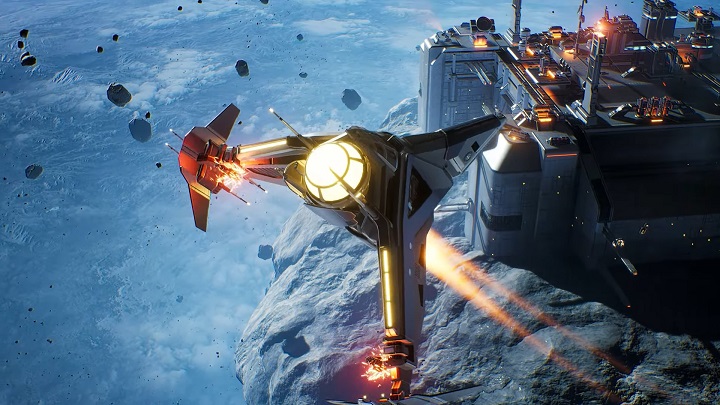 The devs want to use Kickstarter to fine-tune the title.

Of course, the promise of quality is not the only incentive to invest in second Everspace. Rockfish Games has provided bonuses for people who pledge a certain amount of money on the game. Depending on the amount, these include monthly progress updates, in-game mentions, physical releases of Everspace 2, the ability to create our own boss, access to a two-hour demo and closed tests, and a trip to the studio HQ in Hamburg. The creators also have "crazy ideas" for additional goals and it is possible that they may be sufficient reason to invest in two. But don't count on a substitute for the online mode. The devs clearly stated that they do not intend to implement anything other than single player.

So far, the devs have managed to raise just over $25,000 within a few hours of the start of the fundraiser. It is therefore unlikely that the target quota will be reached on the first day, but nothing has yet been lost. Everspace 2 will be released in Steam Early Access next year, followed by a debut on PC and consoles the year after.