I bring bad news for fans of the Evil Dead movies who have been anticipating the scheduled February 2022 release of Evil Dead: The Game. Developers at BossTeamGames announced today that the title will suffer another delay and will be released on May 13. Yes, that's Friday - but let's hope that there won't be any more delays and this third-person game will finally see the light of day. 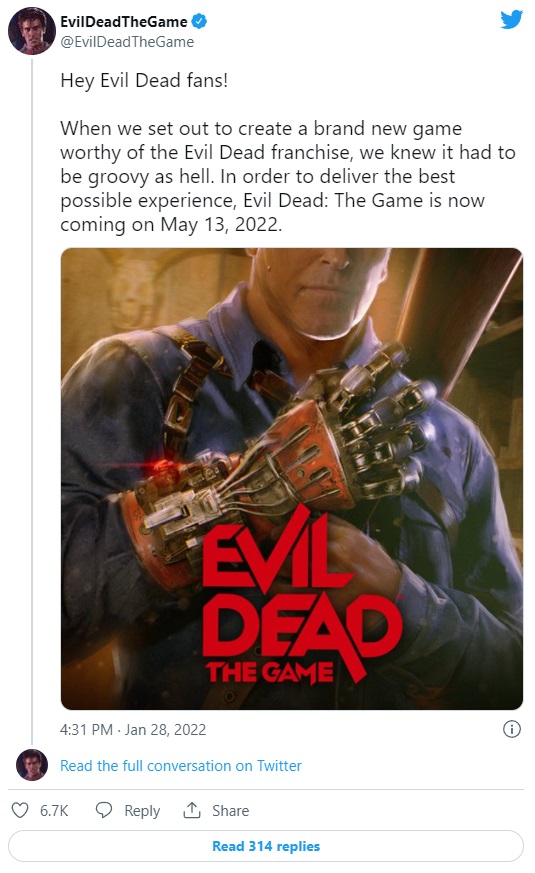 Especially since this is already the second "slip-up". Originally, the project was to be completed in 2021, but in early August the developers decided to postpone the launch to February in order to refine the game and enrich it with a single player mode (at first it was supposed to be a multiplayer game). Now, apparently, it turned out that even more fine-tuning is needed. Let's hope that the wait will be worth it. Evil Dead: The Game will be released on PC, PS4, PS5, XOne, XSX|S and Switch.

Microsoft Flight Simulator to Get DLSS Support This Year