Apple's introduction of a new feature on its smartphones - App Tracking Transparency - will result in apps having to ask permission to track user activity in other apps and browsers. The new feature appears to be in opposition to Facebook's advertising policy, as it has released a video to encourage iOS device owners to accept tracking for personalized ads.

The video is part of the "Good Ideas Deserve to be Found" campaign. The video will be shown on TV, radio and digital platforms for 12 weeks. Andrew Stirk, chief marketing officer at Facebook, describes the importance of the campaign:

The goal is to help people understand the role that personalized ads play for small businesses, for their ability to grow and thrive, and also the role they play in helping discover ideas that might not otherwise exist, that they might not otherwise find. We want to make sure that [small businesses] are aware of the tools that were providing, and make that experience as positive as possible. And then for consumers, we want to drive awareness of the role personalized ads play for small businesses and the ability to discover ideas.

Mark Zuckerberg, CEO of Facebook, has also previously spoken out about the threats to small businesses that Apple's software change could bring:

This impacts the growth of millions of businesses around the world, including with the upcoming iOS 14 changes.

He also announced some measures to counter the App Tracking Transparency feature:

Apple may say theyre doing this to help people but the moves clearly track their competitor interests. We and others are going to be up against this for the foreseeable future.

Perhaps Facebook's ad is just the first step in making that decision a reality. Using four small businesses as examples, this 30-second video (interestingly, there is a longer version that is currently set as "non-public") demonstrates the purpose of ad personalization and at the same time tries to convince people to accept tracking. Because, as you might guess (and this is probably what Facebook fears), many users will simply click "Deny" when any app asks for access. 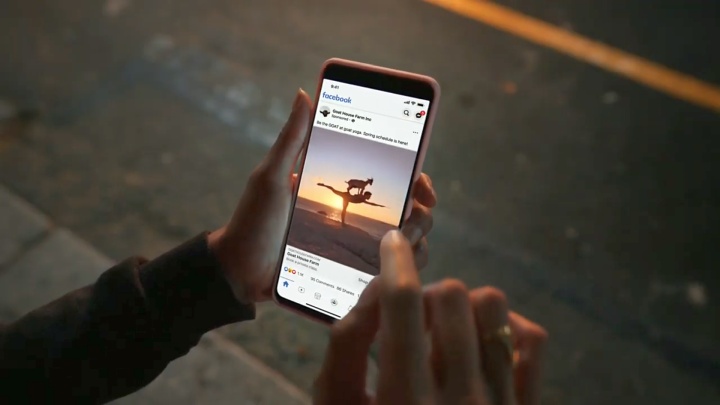 iPhone users will be notified of tracking. Source: YouTube

Tracing activity to personalize advertising material is still perceived as a threat to our privacy. Perhaps the described video is a small step towards warming the image of data collection. Is it the right step? I leave the answer to the question to the readers.

PS5 Also Has CMOS Problem Like PS3 and PS4

Amazon's The Lord of the Rings MMO Canceled

Crash Bandicoot: On the Run Shows the Power of the Mobile Market