Microsoft's impending acquisition of ZeniMax is causing quite a stir. Unfortunately for Bethesda, that doesn't mean the company is free of trouble for the time being. No, it's not about another Fallout 76 problem, which at one time gave ZeniMax a hard time. This time Bethesda has a lawsuit on its hands over Fallout 4's season pass and Creation Club add-ons. The matter is explained in an article by Venture Beat.

The proceedings began about six months ago with a lawsuit filed by Filippo Marchino and Thomas Gray of the X-Law group. The men represent a group - so they claim - of about 4 million disgruntled Fallout 4 players, such as 19-year-old Jacob Devine. He bought the Season Pass in 2019, but - to his surprise - it did not give him access to all the extra content. All because of the so-called Creation Club, "paid mods" developed by Bethesda or other studios that are not part of the Season Pass. Marchino and Gray believe that the decision not to include "Creation Club" content contradicts Bethesda's assurances that Season Pass purchasers would receive "all DLC for Fallout 4":

"They released a limited amount of DLC. Then they released a second wave of DLC, but decided to call it the Creation Club content and artificially removed it from the definition of DLC. Meaning that they promised people at the onset, we will give you everything we made. And then they reneged on that promise, and they did so to their benefit or the detriment of the plaintiffs. So thats where they did something wrong. They lied. They took money from gamers, and then they made more money." 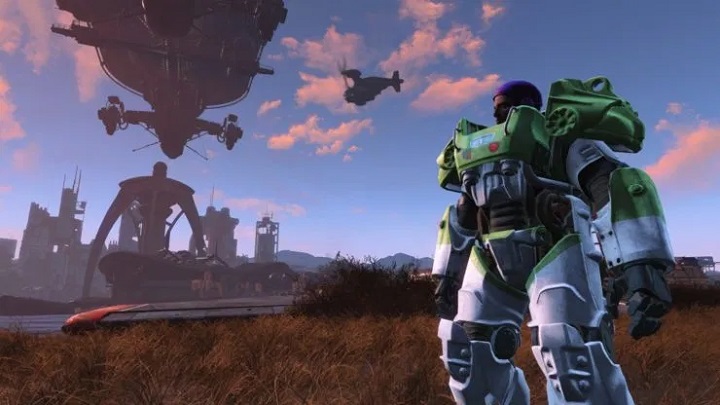 Lawyers for X-Law Group believe lack of recognition for Creation Club content as DLC is founded.

Margaret Esquenet, representing Bethesda, rejects the allegations. She explains that in the eyes of the publisher, Creation Club content is not considered DLC. Filippo Marchino disagrees, and sums up the argument bluntly:

"It clearly is downloadable content. It walks like a duck, quacks like a duck. So it is DLC. They try to slap a sticker on it and call it Creation Club content to remove it from the purview of the people that had already bought the Season Pass. But thats artificial in nature. And its part of the fraud."

Lawyer David Hoppe, quoted by Venture Beat, also points out the surprising lack of an end-user license agreement outlining the timeframe and items included in the Season Pass. Also, in many stores, the Season Pass' card makes no mention of limiting content to these or that add-ons - quite the opposite.

Is Bethesda running to Microsoft?

Leaving aside further discussion of "is this a DLC?", the attention of Marchino and Gray is focused on another aspect of the case. The lawyers are considering delaying or blocking Microsoft's purchase of ZeniMax (and thus Bethesda). This is because they fear that the Fallout 4 publishers may try to escape liability by transferring their assets to another legal entity. Marchino recalls a similar situation with the devs of Rune 2, in which Bethesda was involved.

X-Law Group's suspicions were also heightened by an exchange of correspondence with Margaret Esquenet. She commented on questions from lawyers about possible talks on the acquisition of Bethesda as unsupported speculation. The response came less than two months before Microsoft announced its purchase of the company.

Although the proceedings began back in 2019, the trial may not take place until 2022. Assuming no deal is reached before then, though we have no information on that as of yet.