The sixth episode of the second season of The Mandalorian, titled The Tragedy, has once again sparked enthusiasm in the community with interesting story and action scenes that would make a worthy addition to the franchise's mull-feature movies - which is not uncommon in the case of The Mandalorian. Voices of admiration that resound over the series are enough, at least for many fans, to make Jon Favreau and Dave Filoni responsible for the future of the whole franchise. The former is the chief director of The Mandalorian, while the latter is the guru of the franchise - in addition to his work on The Mandalorian, he has also created the animated series Star Wars: Clone Wars of 2008.

"Every episode of The Mandalorian is a better Star Wars movie than the last trilogy. Just give Jon Favreau the keys to the franchise and everyone will be happy."

"I petition that Dave Filoni and Jon Favreau write scripts and direct all Star Wars forever."

It is no coincidence that Favreau and Filoni are so adored. Both episodes directed by Filoni, namely The Jedi, featuring the much-awaited Ahsoka Tano, and the last one, where Temuer Morrison joined the cast as Boba Fett, were created with new audiences as well as old veterans alike in mind, so that everyone can find something for themselves. Favreau mentioned such approach, as his work at MCU has taught that the relationship between creator and audience is a "two-way street" and listening and putting the voice of fans first is the key to success. 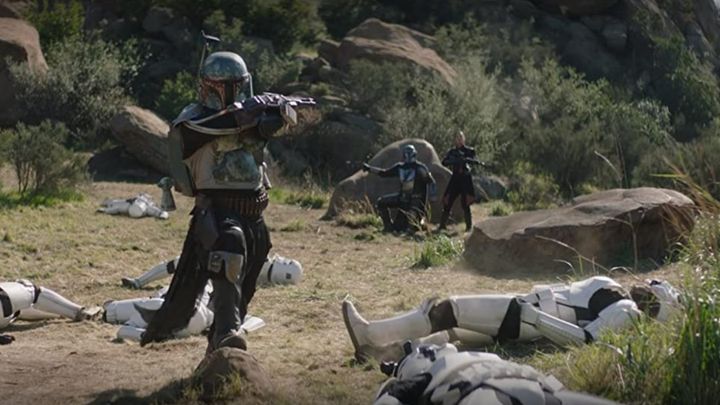 The last episode of The Mandalorian had some really good moments

And both men are, in a way, George Lucas' students. Favreau put it this way:

"We're like a DJ, playing Beatles songs. He's the Beatles."

It's an approach in which Lucas' original vision is central and the role of the current followers is to use and develop it in an appropriate way, with consistency and good taste. J.J. Abrams, among others, did not do his homework when making Star Wars: The Rise of Skywalker, the most criticized film of the new trilogy.

What are the chances that Disney will listen to its fans and put the Favreau-Filoni duo at the helm of future Star Wars projects? Pretty big. As Bob Iger, Disney's former CEO, said, "the future of Star Wars lies in television. It's hard to imagine that Disney, while looking for a director for the next series in the universe, wouldn't at least consider the candidacy of two adored artists.

Guess Who Got a Cameo in Cyberpunk 2077? [SPOILERS]

Cyberpunk 2077 Triggers Seizures, But CDPR Will Fix It

WoW: Shadowlands is the Fastest-selling PC Game of All Time

First Reviews: Call of the Sea - Good Adventure Game With Ton of Puzzles