Rockstar Games published a new trailer of a huge update for Grand Theft Auto Online. The trailer briefly presents some of the highlights that will appear in the game with the debut of The Cayo Perico Heist.

Online job advertisements from Cloud Chamber, currently working on the latest installment of the BioShock series, suggest that the project will feature an open world and a living city, and emphasize RPG elements and decision making.

Bandai Namco has released the demo version of Little Nightmares 2 on PC. The title will debut in February 2021, and we have the opportunity to check if the sequel will meet the expectations raised by the successful first installment.

Halo Infinite and Psychonauts 2 will be among the games included in Xbox Game Pass offer next year. Microsoft has also confirmed the launch of Project xCloud on PC and - against Apple's assurances - on iOS mobile devices.

After applying a simple trick, players on Xbox consoles can play Cyberpunk 2077 a dozen or so hours before its official release. Information on this topic is being shared by fans on the web.

Insomniac Games has introduced a new graphic mode in Spider-Man: Miles Morales. The final patch enables us to enjoy ray tracing in 60 fps on PlayStation 5.

A representative of Remedy Entertainment revealed that over 2 million copies of TTP action game Control have been sold so far. Interestingly, this November was the best period in terms of sales.

We are only hours away from the launch of Cyberpunk 2077, but we already have the opportunity to look at the visual comparisons between the PC and PlayStation 5 versions. What are the differences? What's more, the web was flooded with new gameplays. 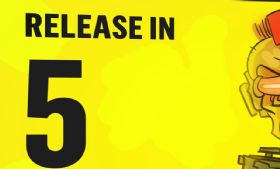 According to the latest reports, the budget of Denis Villeneuve's Dune will be comparable to that of Blade Runner 2049, his previous science fiction movie.

For some time now we have had the opportunity to admire the beautiful RT-decorated cubes during Minecraft RTX beta. Finally, it was time for a full experience with the release of the game's full version for Windows 10.

The upcoming Spider-Man 3 will enable us to meet many characters from the previous films. The movie's cast is joined by subsequent actors from Sam Raimi's trilogy and two parts of Amazing Spider-Man.

Minecraft Demolishes Roblox in YT's Most Popular Games of 2020

Minecraft, nothing after that for a long time, then Roblox and Garena Free Fire. This is the top 3 of most popular games on YouTube in 2020. What other interesting things were prepared for us?

CDPR: Some Cyberpunk 2077's Issues Are Already Ironed Out

According to CD Projekt RED's Fabian Mario Döhl, day 1 patch will eliminate a large part of Cyberpunk 2077's problems. The difference is expected to be particularly large for console versions. The developer also revealed the likely origin of some of the glitches that the reviewers came across.

God of War Creator Hopes For Game Based on Mandalorian

Cory Barlog from Sony Interactive Entertainment Santa Monica would like someone to create a game based on The Mandalorian series set in the universe of Star Wars.

Halo Infinite Launch Only in Fall 2021

The delay of Halo Infinite will be greater than we expected. The game will not be released until next fall. In return it will offer much better graphics than what we could see in the July gameplay.

An illustration that appeared on the official website of Disco Elysium suggests that we will soon receive something new from the developers. It may be an announcement of an expansion or a sequel, or a release date for console versions.

The creator of the fan toolkit, known as WolvenKit, for The Witcher 3: Wild Hunt has announced that his work will also support Cyberpunk 2077.