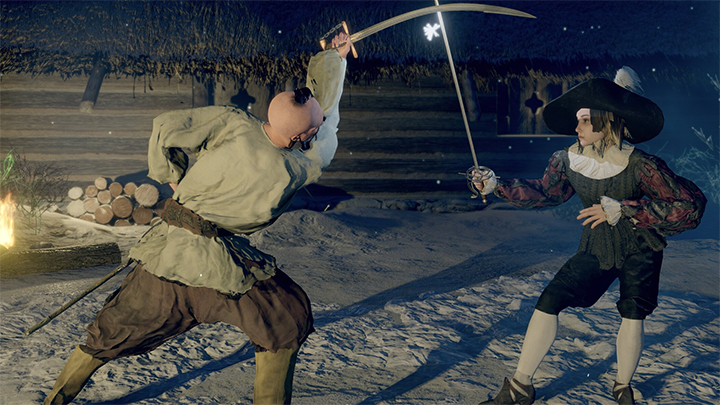 The game will feature a single player campaign, arcade mode and local multiplayer.

Hellish Quart, an independent fencing game, appeared on Steam. It is currently in early access, and its release date is an enigmatic "soon". However, it can already be said that the game is definitely worth waiting for.

Animations as in Geralt

The smoothness of character movement is impressive, but this shouldn't surprise us. The creator of the game, Jakub Kisiel, is a veteran of animation. Since 2004 he has worked as a 3D animator at Tannhauser Gate, People Can Fly and CD Projekt RED, where for a year he animated Geralt in The Witcher 3: Wild Hunt. What's more, motion capture was used in the development of Hellish Quart, and real fencers were involved in the project.

The game is set in 17th-century Republic of Poland, which was plagued by various conflicts. Thanks to this, Hellish Quart will enable us to cross swords with Zaporozhian Cossacks, Polish hussars, Crimean Tatars, Swedish reiters, Turkish Jjnissaries, as well as French musketeers. Interestingly, all the costumes appearing in the game are three-dimensional scans of reproductions of clothes from the period. This is to give the game the right atmosphere and help maintain high level of realism. In the game we will use several types of weapons: sabres, rapiers and broadswords, among others.

Hellish Quart is a noteworthy game for one more reason. The game relies heavily on physics. All the damage we inflict will be calculated in real time, the blades in contact with each other will put up real resistance, and blocking is an absolute must here, as one blow can take life. To win, we need to show our sense of timing, technique, speed and cunning.

It is enough to take a look at the comments under the game's theaser to see how much interest the production of Jakub Kisiel has generated. If you want to add Hellish Quart to your wish list, you can do it here.