It was a very successful match for EA Sports, one that should make Konami coaches reassess their strategy. Immediately after the release of FIFA 2020, Pro Evolution Soccer 2020 was knocked down from fourth to seventh place. New FIFA took first place on the sales lists (both retail and digital). We believe that this state of affairs will continue for at least a few weeks.

The 39th week of sales according to EMEAA Charts also brought some other interesting changes. The former leader - The Legend of Zelda: Link's Awakening stepped down from the lead position to the second place. Code Vein also joined the game, as did another title on Nintendo Switch - Dragon Quest XI S: Echoes of an Elusive Age. 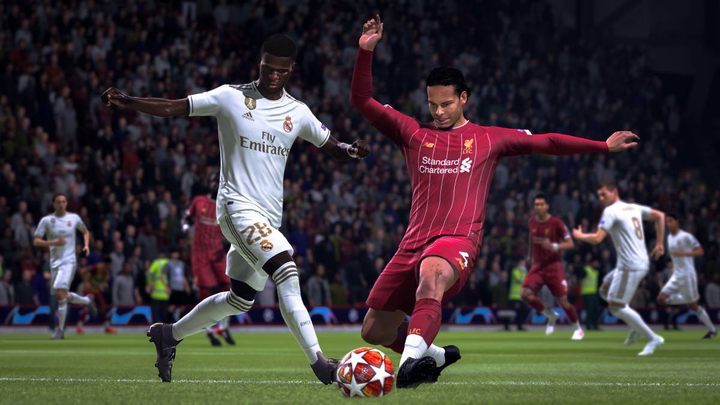 A lot of football fans are waiting for the new FIFA every year. It was no different this time. The PS 4 version of FIFA 20 currently has a rating of 79% from critics on Metactitic. Our reviewer gave it a 7 out of 10, complaining about the campaign mode, licensing shortcomings and gameplay, which has not improved since FIFA 19:

Those who despise FIFA  which is quite a lot of people  might have prophetized in 2017 that "the twenty" will be a reheated meal. And it would be hard to deny they would have been at least partially right, but on the other hand, it's hard to expect a revolution every 12 months in a game based on a rather straightforward discipline. The new FIFA's problem isn't lack of novelty  it is there, and it was done properly.

Apart from FIFA 20 it is worth noting that there are now two Nintendo Switch games in the top 5. The Legend of Zelda: Link's Awakening was joined by Dragon Quest XI S: Echoes of an Elusive Age (previously released on PC and other consoles).