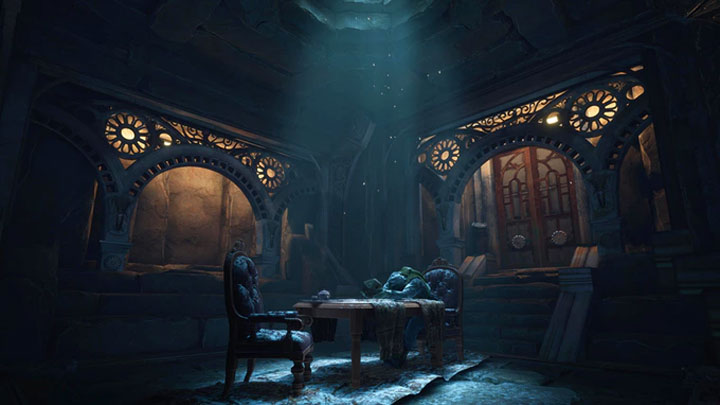 The game will be released next year.
FIRMAMENT IN A NUTSHELL:

Cyan Worlds, developer team known from the Myst series, has reasons to be satisfied. The Kickstarter campaign f their latest project, Firmament, was a success. During the month-long Kickstarter campaign, the devs raised $1,433 million. Thus, they've managed to exceed the minimum goal, which was set at 1.285 million dollars.

Let's remind that Firmament is coming to PC and the PlayStation 4 console. On both platforms the game will support virtual reality devices. In case of PC, support for HTC Vive, Oculus Rift and Valve Index is planned. The launch is scheduled for July 2020.

The game is created from scratch with virtual reality in mind. The previous Cyan Worlds game, Obduction, offered such an option, but it was only an addition and for this reason, the authors were not able to fully realize the potential of VR technology. This time they are not going to repeat this mistake. At the same time, however, the production will also offer the option of traditional entertainment on a monitor or TV.

Celebrating the successful end of the Kickstarter campaign, the studio also announced that it will reveal new information related to the ZED project, an Eagre Games project, published by Cyan Worlds.

Skyrim Together - Fan-Funded Mod May Not be Completed