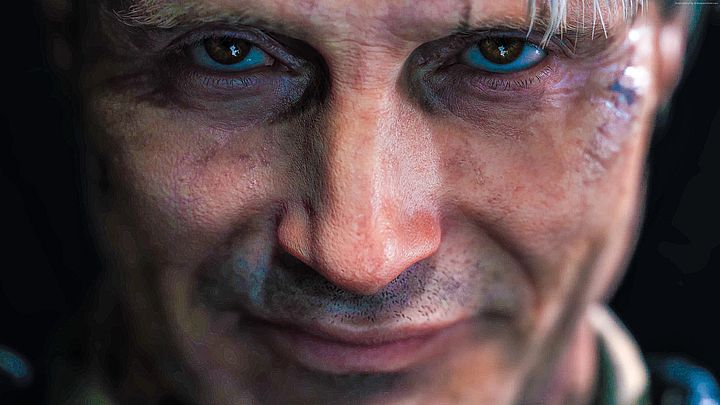 Mads Mikkelsen will probably be the main antagonist in Death Stranding.

Despite having seen some first materials, we still don't know what game Death Stranding will be. Fans outdo each other in theories, while some light was shed by, Hideo Kojima, the game's creator himself. The head of Kojima Productions appeared on stage (accompanied by Norman Reedus, the game's lead actor) at the Tribeca Film Festival in New York, where he shared some thoughts on the title.

"It's an open-world action game, but it's really something new," said Kojima. "There are so many things happening in the real world - in America, in Europe - everything is actually connected by the internet, but in a way we're not connected in the real world these days.""I'm putting that as a metaphor in the game. The player will have to reconnect the world in the game. You're very alone, there's solitude, but you're trying to connect. The story and the gameplay, the key word is 'connection.' There are so many things in-between, of course, but the key is connection," he continues. .

No new materials from Death Stranding were shown at the Tribeca Film Festival. However, Hideo Kojima has taken the opportunity to comment on the way the players are supposed to communicate during the game.

"I also threw in a really new idea. You're connecting the game, and everyone is playing it together, and you'll be connected, everyone will be connected together as well. I can't say anything because Sony will be very unhappy. I don't want to be disconnected from Sony."

Could the words of Hideo Kojima mean that Death Stranding will be an MMO game? Kojima's enigmatic statements can mean anything and even if the current vision of the game does not resemble anything known so far, every option has to be taken into account. Since the key word is "connection", we can interpret it literally, especially since Hideo Kojima is known for his love of demolishing the fourth wall. Either way, we'll probably have to wait a little while longer for specific information.

Death Stranding will be an exclusive PlayStation 4 title, but we still don't know the exact launch date of the game. We do know, however, that the game will star actors like Norman Reedus, Mads Mikkelsen or the Spanish director Guillermo del Toro. Below you can see a few photos showing the development of the game (all from the Tribeca Film Festival scene), which was posted on Twitter by Michelle Jaworski. By the way, we learn that Kojima would like to make games until his death.