It's time to get back behind the wheel of an off-road vehicle and face the harsh wilderness. SnowRunner a full-fledged sequel to Saber Interactive's off-road simulator from 2014, is debuting on PC (Epic Games Store), PlayStation 4 and Xbox One today. This time, the game takes us to Alaska, the Taymyr Peninsula and Michigan. 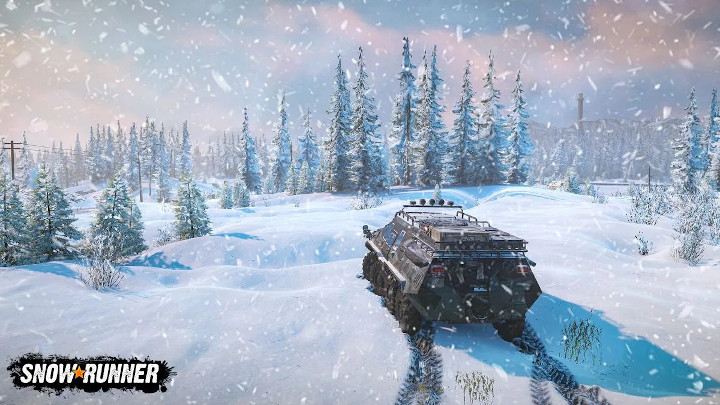 The price of SnowRunner is $49.99 on all platforms. If you are interested in buying the game on PC, you will find the official hardware requirements below:

On the occasion of SnowRunner's launch it is worthwhile to take a look at the reviews of the game in the industry media. The title has received positive reviews so far, with the PlayStation 4 version boasting an average rating of 81/100 on Metacritic. Some critics note that the game is a big step forward for the series. The title is praised for its realistic physics of driving through difficult terrain, careful attention to detail, map design, addictive, challenging but rewarding gameplay, large day one content and attractive visuals. According to a Screen Rant journalist, all this makes SnowRunner "one of the best simulators in years and one of the best games of the year so far".

However, it should be remembered that due to its rather slow pace and high level of difficulty SnowRunner is not a game for everyone and it may bounce many casual simulation lovers. In addition, some reviews have been complaining about a few minor flaws, such as camera work.