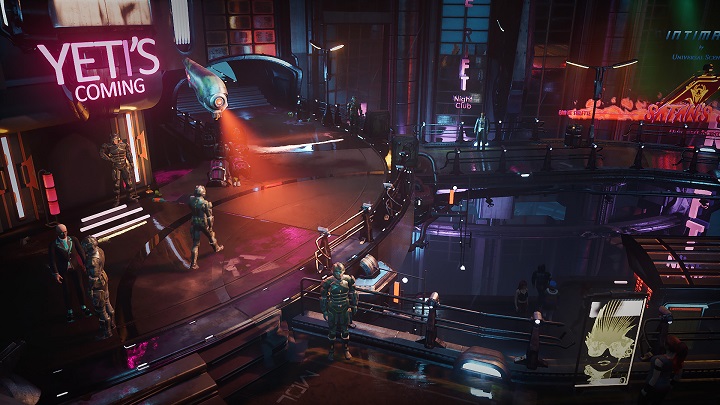 Gamedec is an upcoming cyberpunk RPG.

Slightly more than a month ago, Polish team at Anshar Studios started a fundraiser on Kickstarter to raise at least $50,000 for the development of Gamedec. Such a sum was supposed to allow the creators to work on the game without problems, and even expand it with a few additional ideas. As it turned out, the original goal was reached in just 36 hours. Now that the collection is over, we learned that a total of $171,163 has been raised, making the title richer with a few elements.

At the beginning of this month, we announced that Gamedec will include a virtual world inspired by Seven: The Days Long Gone (thanks to a donation of $100,000 from the community). However, the final collected amount (over 170 thousand dollars) will make the production also include a location inspired by Cthulhu mythology, and the NPCs will be partially voiced. The campaing came a little short of collecting enough for a Switch edition of Gamedec - this option was to be taken into account at 200 thousand dollars. Of course, it should not be ruled out that such a port will appear in some time, if the game is successful.

Gamedec is expected to be released in the fourth quarter of 2020, exclusively on PC. The developers informed that they will soon be able to share new details about the game. So far we have had the opportunity to see gameplays presenting, among other things, seduction and killing, as well as one of the virtual worlds.