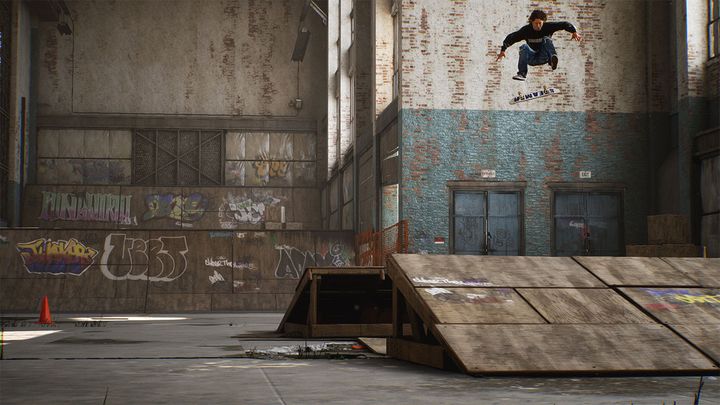 It's a real treat, and not just for veterans!

Fans of the Tony Hawk series have not had it easy in recent years. Tony Hawk's Pro Skater 5 from 2015 was a disaster (32 points on Metacritic) and left a lot of bad aftertaste. After almost five years of dry spell, it was decided to try to revive the franchise again, but this time it in a proven formula. Instead of a completely new title we received a set of the first two installments of the game, but in refreshed versions. All levels and available skaters have been preserved, but the gameplay and layout has been improved. Not everyone believed in the success of these works (average expectations on our website were only 5.2/10), but critics are sure that Tony Hawk's Pro Skater 1+2 will satisfy even the biggest skeptics.

Almost all the reviews reach at least 80 points, which gives a very good score. The only exceptions are opinions of IGN Spain and Jeuxvideo.com, which gave a final score of 75 points. It is not difficult to notice that the new Tony Hawk has been liked by absolutely every critic. So it seems that Vicarious Visions once again succeeded on the remake scene (in 2017 people enjoyed their compilation of three games called Crash Bandicoot N. Sane Trilogy).

Reviewers praise the devs above all for capturing the spirit of the original games, despite significant visual changes. All the tricks are as satisfying as they were twenty years ago, and the pleasure of breaking high scores is still the same. In addition, a few improvements implemented in later installments have been added, which made the various activities more comfortable.

However, one of the best elements of Tony Hawk's Pro Skater 1+2 is, according to the majority of voices, the audiovisual layer with particular emphasis on visuals. All the locations known to avid fans of the series have been faithfully reproduced, as well as enriched with a mass of details worthy of 2020. However, these are purely cosmetic changes and have no impact on the gameplay itself.

If the voices of journalists have not dispelled your doubts, then tomorrow, on September 4, you will be able to see the final quality of the game for yourselves. The title will launch on PCs via Epic Games Store and PlayStation 4 and Xbox One. Activision Blizzard is responsible for publishing the set..