Next week, we will see the western launch of Yakuza: Like a Dragon, which will be a kind of reboot for this popular Japanese series. A new protagonist, different combat system - all this will appear in the upcoming game. How much this has changed the face of the series, we can see through the reviews of the game, which have appeared on the web in numbers.

Yakuza: Like a Dragon is not only an excellent game, but also the good old Yakuza. Yes, the changes are visible: the cool Kazuma Kiryu has been replaced by the more sincere and casual Ichiban Kasuga, and the title is practically a jRPG, not an action game. However, the game has retained what is most important: the characteristic, somewhat crazy atmosphere and an engaging narrative. The new characters are well written and the typical RPG party system enables us to get to know not only the fate of Kasuga and his allies, but also the relationship between the characters. This is one of the reasons why the richness of the plot accompanies us not only across the main thread. Besides, the game is not lacking side stories and content (including mini-games), which provide a lot of fun. 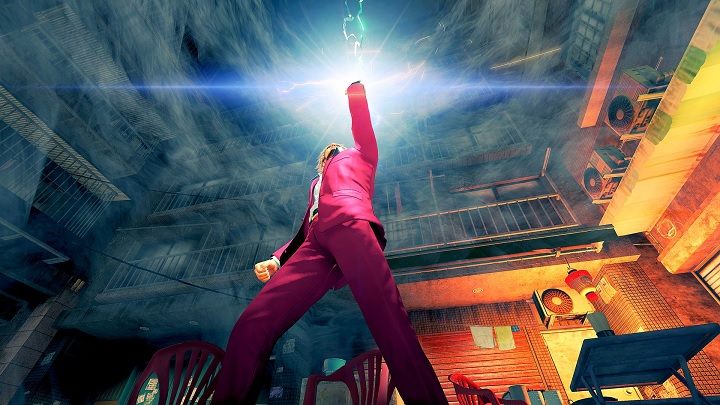 The new Yakuza may have adopted jRPG mechanics, but that doesn't stop the game from making fun of the genre's formula.

It wouldn't be a Yakuza game either, if it weren't for the absurd humor. The pool of often frankly funny situations and jokes is filled with jabs at jRPG formula (which shouldn't come as a surprise when Kasuga loves Dragon Quest and has a very exuberant imagination). Fortunately, this parody does not translate into the engaging combat system. This one, although turn-based, retains the dynamics known from the previous installments and most reviewers welcomed it with open arms. Nevertheless, Ryu Ga Gotoku's work did not avoid some problems typical for jRPGs. Some critics believe that the battles do not offer enough fun to justify their number, especially at the end of the game. Others mention the not fully developed camera work during the battles or sometimes slightly too tough opponents.

Speaking of the flaws of Yakuza: Like a Dragon, there are not many of them in the reviews. One can even get the impression that complaining is limited excusively to questionably "bad" elements. Apart from the aforementioned combat system (which some reviewers didn't like), one can find comments on long cut-scenes (which are the hallmark of Yakuza) and slightly underpopulated streets of Yokohama. Besides, not everyone is convinced that the change of the gameplay formula to jRPG did the game good. There are rare mentions of noticeable graphic errors.

To sum up, Yakuza: Like a Dragon appears to be a successful experiment. The devs managed to significantly refresh the formula, and at the same time, managed to keep everything that the fans loved about the series. We won't wait long for the possibility of verifying reviewers' opinions. The game will debut on November 10 on Xbox One, Xbox Series X/S and PlayStation 4, but also - for the first time - on PC. If you're considering the latter platform, we recommend that you familiarise yourself with the game's system requirements. We will wait until March 2, 2021 for the release on PlayStation 5.

Observer: System Redux 20% Longer And With DualSense Support on PS5