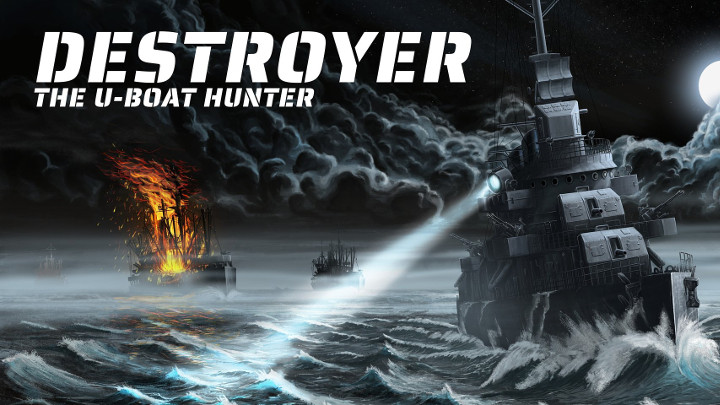 Destroyer: The U-Boat Hunter is a game announced six months ago by the debuting studio Iron Wolf, which is also working on an FMV adventure game called Killing Stream. The game will be a comprehensive military simulator, showing the clashes between the US navy and German U-Boots during World War II. Destroyer: The U-Boat Hunter will be released on PC in the third quarter of next year. The developers have just presented the first full trailer of the game.

The video is intended to show "gameplay", but in fact it's an animated simulation of it and shows what the developers ultimately want to achieve in the full version of the game.Destroyer: The U-Boat Hunter is set in 1942. During the game we take command of a convoy escort group of the US Navy. Together, we hunt for German U-Boots trying to destroy the convoy with crucial cargo that we are protecting. It consists of more than thirty ships, which travel through the dangerous waters of the Atlantic.

The player commands a Fletcher class destroyer. Their tasks will include multi-stage preparation for engaging the enemy. We will receive reports from superiors, check sonar and radar readings and the technical condition of the fleet, as well as plan in detail the actions and course of the individual ships that engage the enemy vessels. Our decisions will have a direct impact on the lives of our subordinates and the further course of the cruise.

The devs promise that the game will be enriched with impressive cinematic cut-scenes, using motion capture technology to ensure high quality animations and facial expressions. It is worth noting that the campaign in Destroyer: The U-Boat Hunter will be released in episodic form. The next subsequent of the game will take us to the Pacific and focus on the fight against the Japanese air force and navy.