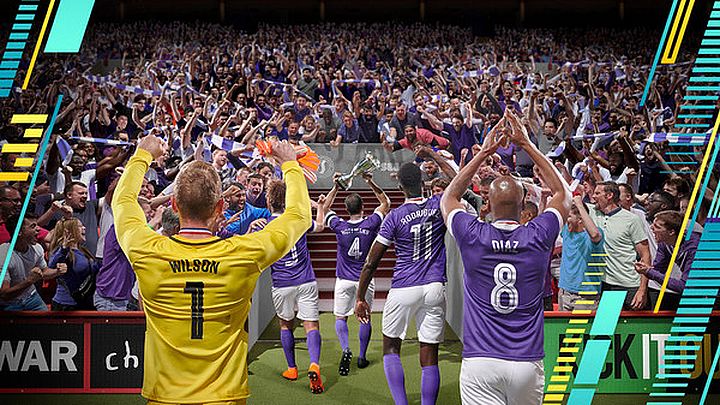 Every fan knows that football is a game of opinion. How many times have we heard from our couch uncles that if they were coaches, the players would steamroll all opposition? For those who like virtual fun, the Football Manager series offers such a possibility. It so happens that the next installment of this popular series has just been announced. Football Manager 2020 (including Touch and Mobile versions) will be released in November this year. Sports Interactive (developer) and SEGA (publisher) did not, however, provide a specific release date. Let's hope we get to know it soon. Below you can find the first official trailer of the game.

As you can see, the trailer does not reveal any information about the changes and improvements that will appear in the latest installmnent of the series. A little more about the game is revealed by its card on Steam. We can read there that the title will offer the possibility of establishing a seat in the 50 largest football countries in the world (in one of the 2500 available clubs). The number of licensed players and team members is also impressive, reaching 500,000. Further details are expected at the end of September. Additionally, we learned the minimum hardware requirements of the game.

What's more, if you decide to pre-order the game, you will get a 10% discount and access to a playable beta version (from which the progress will be transferred to the full edition). Buying Football Manager 2020 will result in receiving FM 2020 Touch on PC and Mac for free. It is also worth mentioning that according to the game's card on Steam, FM 2020 will feature Denuvo protection, which will probably not make the players happy. Although FM 2019 also had it and became the best-selling edition in the history of the series, maybe it's not that much a problem.

A big novelty will be a release not only on PC and Mac, but also on Google Stadia. What is interesting, the use of streaming and cloud is supposed to make Football Manager 2020 run at its best on Google's platform. Here's what Miles Jacobsen, head of Sports Interactive has to say about this:

Football Manager 2020 on Stadia includes technology that is only available on that platform, utilising the power of the cloud and Google's data centres to ensure that more matches can be processed in parallel utilising spare bandwidth across the whole system  this means you can have more leagues loaded into your save, or just go for a faster experience by keeping the amount of leagues the same, but having the matches process quicker than you can on any other platform."

There is nothing else left but to wait for November, when Football Manager 2020 will hit PC, Mac, Stadia, and a bit later also Nintendo Switch.