Forspoken, an action RPG from Luminous Productions, was scheduled to go on sale in October. Now it turns out that this deadline will not be met, and the game will not be released until January 24, 2023. This is already a second delay of this title.

As written in the official statement, the decision was made after discussions with key partners. The developers also boasted about the progress of work on the game. All the elements that were to be included in Forspoken have been completed and the title is currently in the fine-tuning phase. 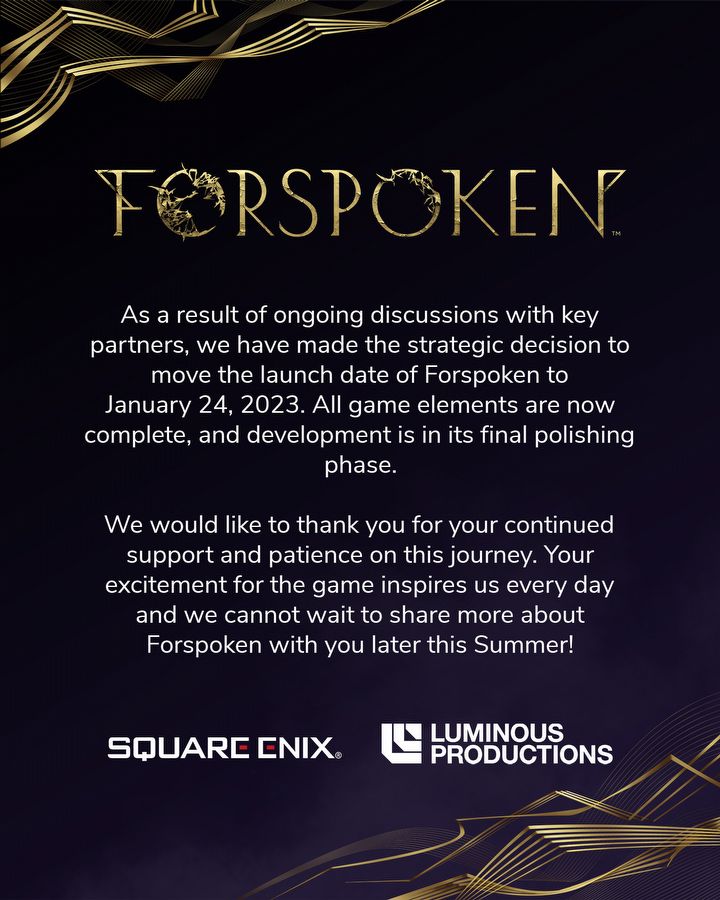 Forspoken is set in the land of Athia. The place was developing peacefully until it was visited by a plague known as Break, which turned people and animals into aggressive creatures. We take on the role of Frey Holland - a woman who has been mysteriously transported to this world from modern-day New York. To discover how she got there, the protagonist must deal with the plague.