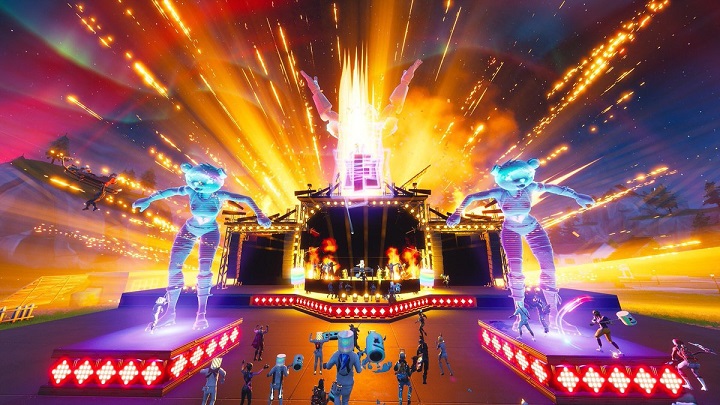 Several other games have experimented with in-game concerts e.g. Minecraft, but never on such a scale and starring a high-profile artist.

According to Geoff Keighley, the originator and presenter of The Game Awards, yesterday's virtual concert of DJ Marshmello, which took place in Pleasant Park, a map location in Fortnite: Battle Royale, attracted over 10 million viewers inside the game – and the number will increase even more if we add the people watching it on the web. During the ten-minute performance, the respawn option was activated, all weapons were disabled, and fall damage was removed. The audience, scattered over thousands of servers, could calmly focus on admiring the spectacular effects and letting emotes rip. If you haven't had the opportunity to take part in the event and you want to see how the concert looked like inside the game, below you will find a full recording of the performance. 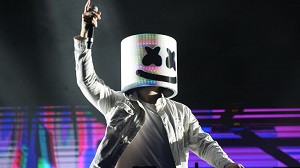 Who is Marshmello? He is an American music producer, whose singles have already went platinum many times. He has recorded two studio albums (Joytime and Joytime II, released in 2016 and 2018 respectively), as well as collaborations with such stars as Selena Gomez and Khalid. In private life, he is a friend of streamer Richard "Ninja" Blevins, with whom he won the Celebrity Pro Am charity tournament in Fortnite during last year's E3, and has his own culinary channel on YouTube. His characteristic feature is an inseparable mask in the shape of a sweet foam.