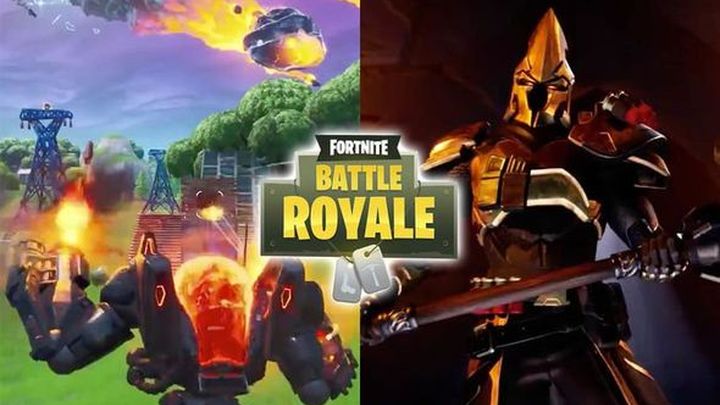 The 10.0 update is now available for download on all platforms.

The players from all over the world are looking forward to the start of season X in Fortnite. Although we were able to see the trailer yesterday, thanks to the Brazilian Epic Games branch, which went a little too far and released it on Twitter prematurely, we now also have access to a whole bunch of official information.

The name of season X is "Out of Time". The title wasn't chosen without a reason. The players have the opportunity to visit locations that were previously considered destroyed. Among them was Dusty Depot, which a few seasons ago was literally blown up to smithereens by a meteorite.

In addition, the participants of the tournament can use powerful battle mechs. Each of them is able to accommodate up to two players. The community has already expressed its concerns about the emergence of new machines. In the past, it has happened more than once that combat vehicles have spoiled the game balance.

In the new season there is also a classic season pass for 950 V-bucks. Immediately after the purchase, the players receive X-Lord and Catalyst outfits. All subsequent prizes are unlocked after the pass is promoted to the next levels. On level 100, we'll unlock the Ultima Knight Outfit.

Missions and the possibility of giving Battle Pass to a friend are new features. You will be able to send a gift to any possible platform until August 15.

Fortnite: Season X also includes new creative limited timed modes made by the players. Some of them have already been available in recent weeks. In addition, there were some changes in Save the World campaign as well. In a new limited time event, the task of the players is to get to the Radio Station. There is also a Cabinet in which players can find Emotes, Music Packs and Loading Screens.

The new season has started today. Around 1 am the servers were temporarily shut down, but after less than two hours they were up again, so the players can now download new content and immerse themselves in the fun. This time the update takes a little more time than usual - it concerns all possible platforms.