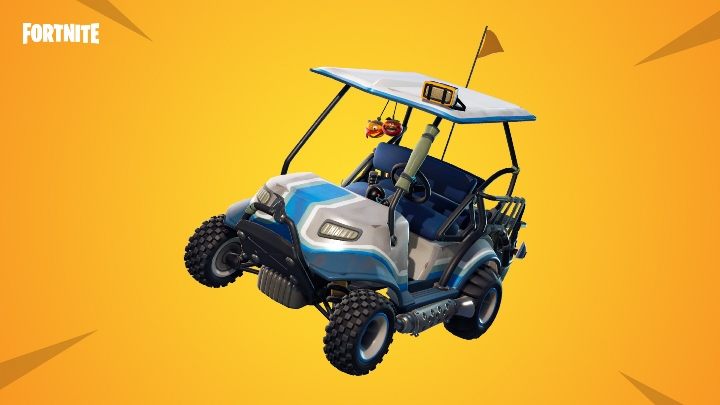 The All Terrain Kart (ATK) is even more mobile than the shopping cart.

It all started with a rocket that tore the sky with an interdimensional portal which led to the launch of Fortnite Season 5. As a result, the muddy Moisty Mire is now a dry desert area called Paradise Palms, and in the new Lazy Links area you can play golf  and drive around in an All Terrain Golf Cart, of course!

But Epic is planning a lot more for this season with the Content Update v5.0, dropping somewhere around now. So far it is only certain that a submachine gun will be added to the gun collection, or rather  will make a return. The weapon was already in Fortnite, but Epic removed it a few months ago to balance it. 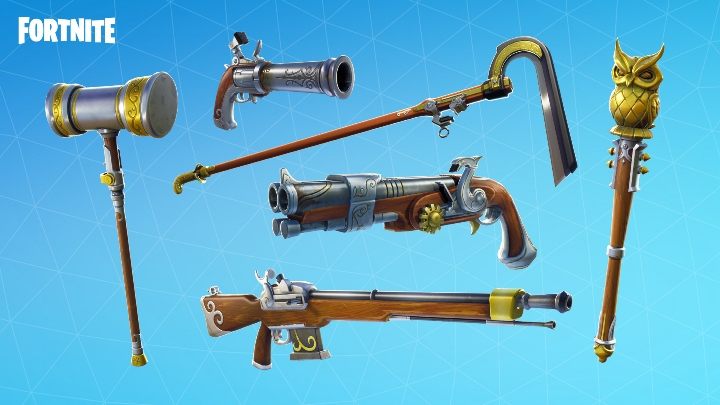 New Flintlock Weapons are also invited to the party.

Now its making a comeback with "improved mobility." However, since no weapon in Fortnite affects the players' movement speed, it remains unclear for the time being what the developers mean by mobility. Perhaps they refer to shooting while running  it is quite possible that the gun in question has better fire rate and recoils less. 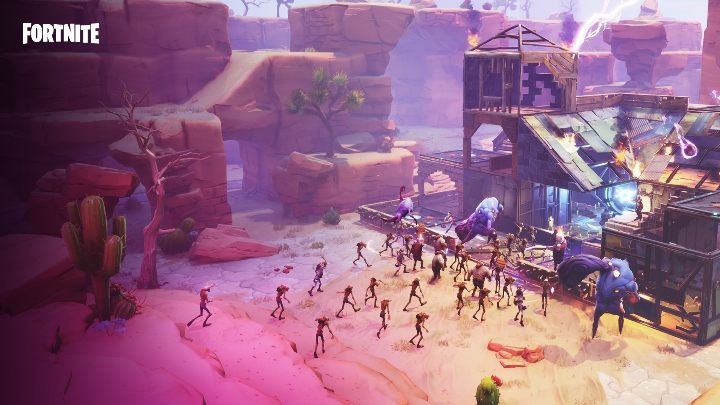 Beat the Horde or be (b)eaten.

The introduction of other weapons is also possible. So is the appearance of completely new items. One update in the past, for instance, added the Port-a-Fort grenade, which made your fortress appear before your enemies as soon as the explosion occurred. In addition to new content, bug fixes and balancing adjustments are being implemented. You can find a complete changelog here.