As we reported on Tuesday, on the occasion of the premiere of Avengers: Endgame an event related to the film has launched today in Fortnite: Battle Royale . The 8.50 patch introduces a new timed mode called Endgame, with Thanos and his Chitauri playing the main role, whose quest for the Infinity Stones led them to Battle Royale Island. Below you will find a short trailer and a handful of details about the mode.

Let's start with the fact that the Endgame mode features are two teams competing against each other - Thanos and his army and the heroes. Each team has a task to complete - while Thanos' task is to find all six Infinity Stones, heroes cannot allow this to happen in an attempt to eliminate the villain. Members of both teams can be reborn after death until their rivals succeed in fulfilling their mission.

The heroes begin their struggle with a treasure map that allows them to acquire Avenger equipment; other items can be found in chests scattered around the island. On the other side of the barricade, everyone starts playing as a Chitauri with laser guns, grenades and jetpacks. The player who manages to acquire the first Infinity Stone becomes Thanos who can attack with a beam, deliver powerful blows and is able to execute devastating jumps. In addition, his combat potential increases with each subsequent Infinity Stone he comes to possess. If Thanos falls on the battlefield, another Chitauri (unless Thanos is the last player in the team) takes over shortly afterwards. 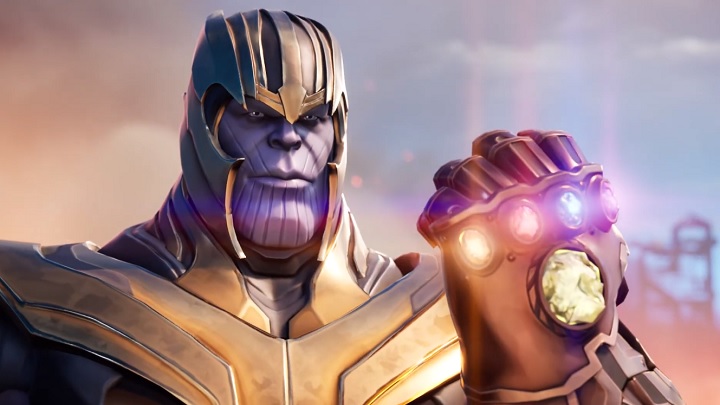 Not so scary now, eh Thanos?

Additionally, patch 8.50 brings additional experience points to compensate for an error that caused players to receive the wrong number after the end of a match. The update also introduces a number of improvements, which include both Battle Royale mode and the Save the World mode. More information about them can be found in the official announcement.