The fact that Forza Horizon 5 is a huge success became obvious yesterday. It was enough to glance at the number of players who launched the game right after its debut. Over time, the results have become even more impressive. Detailed data was presented by Phil Spencer.

In a post published on Twitter, the head of the Xbox brand revealed that the new Forza has been played by more than 4.5 million people. The result includes copies launched on PC, Xbox consoles and via the cloud gaming service. At the hottest moment, FH5 was played by three times as many players as FH4 in its best period. This means that the latest game from Playground Games is the biggest launch in Xbox Game Studios' history. 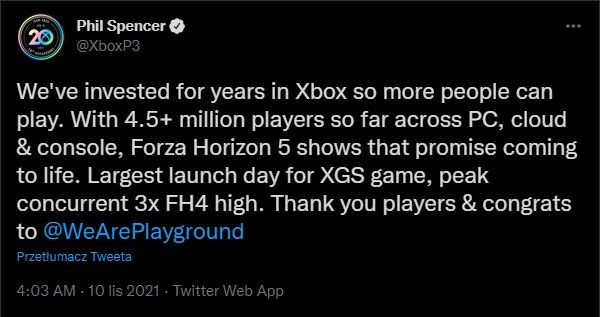 This is not the only game that has something to boast about. Another milestone was reached by Naraka: Bladepoint. The battle royale game from 24 Entertainment has sold 6 million copies. This result was shared today on the official Twitter account of the title. On this occasion, the creators also organized a simple contest. Among the people who share the aforementioned post, twenty players will be selected to receive keys to the game on Steam. 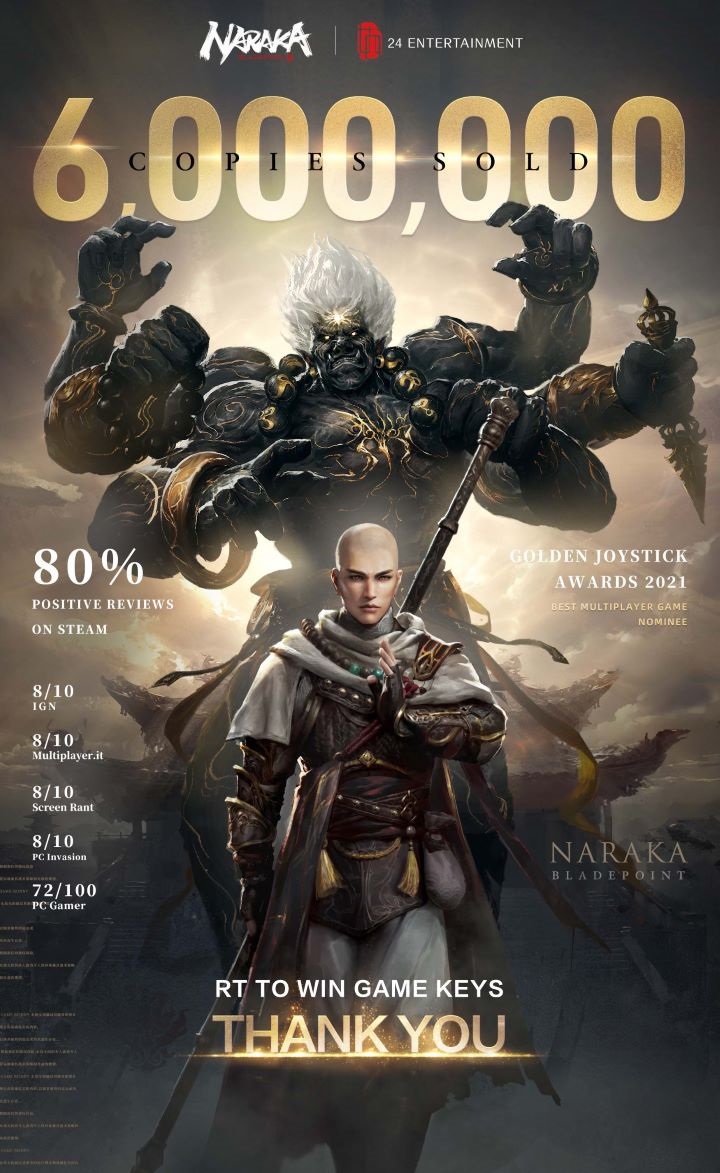