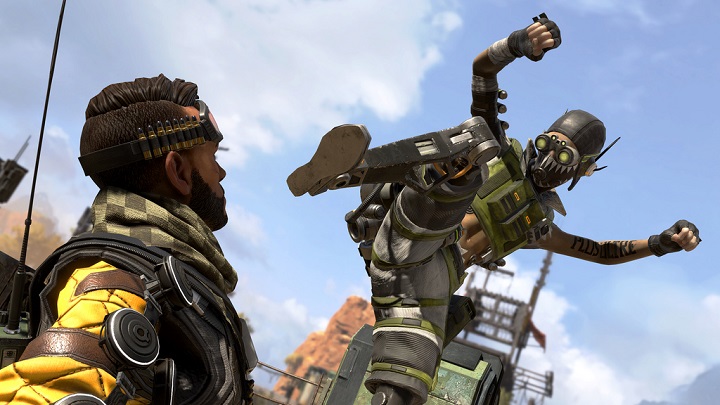 Apex Legends is to be developed over a decade.

Electronic Arts has released a report on its financial results for the first quarter of the year, the period from April 1 to June 30, this year. Revenue was $1.2 billion. As much as 1.049 billion of this amount was generated by digital sources, while the box sale brought only 160 million dollars.

The largest share in digital revenues (USD 731 million) was held by the category of "games as services", which includes various types of microtransactions and subscriptions to console and PC productions. Sales of full versions of games brought 132 million dollars, and the mobile market was responsible for the remaining 186 million. It is worth recalling that currently 28% of the company's profits come from the sale of Ultimate Team mode packs in EA Sports sports games.

The company also shared a set of interesting statistics on its production. Every week 8-10 million people play in Apex Legends. Electronic Arts expects the game to remain active for the next ten years. If necessary, Respawn Entertainment will be assisted in the development of the project by other teams owned by the publisher.

The mobile Star Wars: Galaxy of Heroes is also an excellent performer. Since the launch, the title has been played by almost 80 million users. No wonder that the publisher regularly releases updates with new content.

Electronic Arts also boasted excellent results of The Sims 4. In the last quarter the expansions for the game were downloaded 55 times more often than last year.

The Sims 4 Add-ons are Gaining Popularity