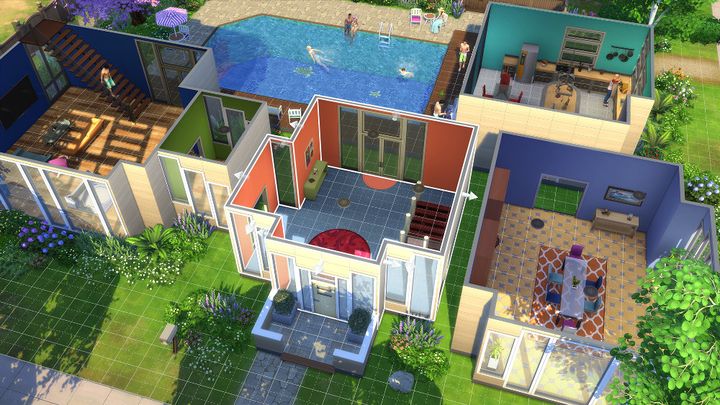 The Sims 4 is doing great.

Electronic Arts announced that in the first quarter of financial year 2020, which ended in June 2019, The Sims 4 from EA Maxis has significantly gained in popularity. Several references to the game were included in the quarterly financial report published yesterday on the company's website.

Major (expansion) and minor (game) DLC packs were downloaded 55 times more often than in the previous year. During the earnings call, it was also noted that the number of players increased significantly, by as much as 7 million. This is most likely the result of an attractive promotional campaign, in which it was possible to win the basic game for free, as well as numerous discounts. The latest expansion, Island Living, was also a great success - it was considered one of the best-selling DLCs for The Sims 4.

EA Maxis' strong performance is one of the main reasons behind the better-than-expected performance of Electronic Arts in the discussed quarter (the success of Apex Legends was also important). The company recorded $1.21 billion in net revenue, with forecasts of $1.14 billion. After the results were made public, the company's stocks increased by 5%.

The Sims 4 debuted on PC in 2014, and three years later the game was releases on PS4 and Xbox One.