At the end of April we informed that studio miHoYo had recorded its first ever delay in releasing a Genshin Impact patch, specifically version 2.7 - titled "Hidden Dreams in the Depths". It was not released on its standard six-week cycle, which was on May 11. The developer compensated the players with some pretty generous rewards. And today the team announced when we can expect new content and what exactly it will be. It is presented in the trailer below. 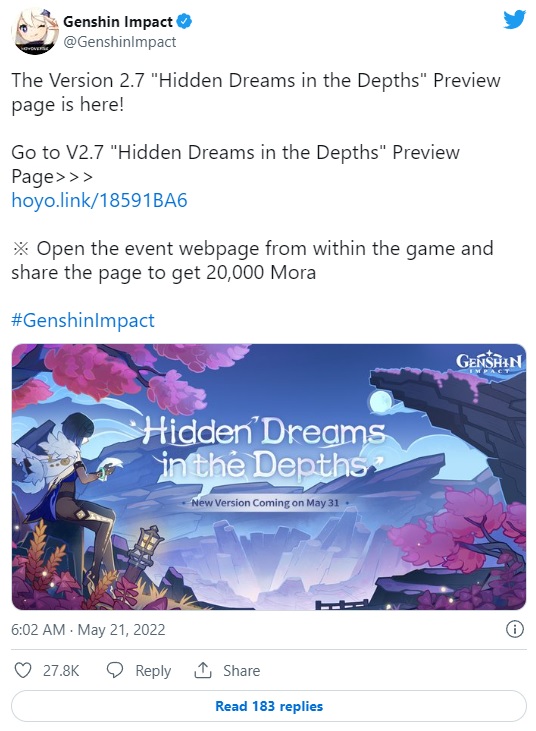 Update 2.7 will hit Genshin Impact on May 31st, which means it will be delayed by 20 days. This means that players with at least a level 5 Adventure Rank will receive the digital goods pack (Primogem x400, Fragile Resin x1, Hero's Wit x7, Mystic Enhancement Ore x16, Mora x120,000) twice more. And what awaits them later?

The main attraction of patch 2.7 for Genshin Impact will be two new characters, namely, the Hydro wielding archer Yelan and Kuki Shinobu - a four-star fighter who uses Electro and sword. In addition, it will be possible to draw Arataki Itto and Xiao, two very good five-star characters. Thus, the rumors about players being able to get Klee and Kazuha. The latter is a bit of a shame, but it's not too bad. And patch 2.8 will add Heizou. 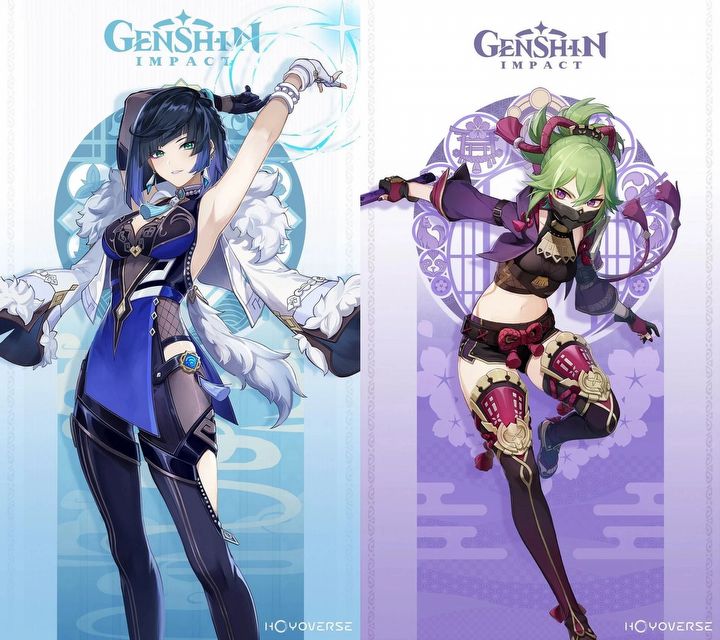 In addition to the characters mentioned above, there are quite a few events waiting for us in update 2.7. First of all, there will be a new main quest (Archon quest) called Perilous Trail, in which the four aforementioned heroes are to travel to Chasm in the company of Yanfei to rescue the Traveler. In addition, there will be Realms of Guile and War, The Almighty Arataki Great and Glorious Drumalong Festival, as well as A Muddy Bizarre Adventure - a sequel to the Shadow of the Ancients event. You can learn more about the new content in this video.

A little less and a little shorter

Interestingly, all indications are that update 2.8 will debut according to the schedule originally adopted by the miHoYo, i.e. at the end of June. Therefore, the attractions in patch 2.7 are relatively few, and - logically - its duration is expected to be shorter than the standard six weeks. Well, that's one more surprise besides two characters not matching the information from the leaks. We'll have more details on update 2.8 in a few days, when the developer officially announces it. 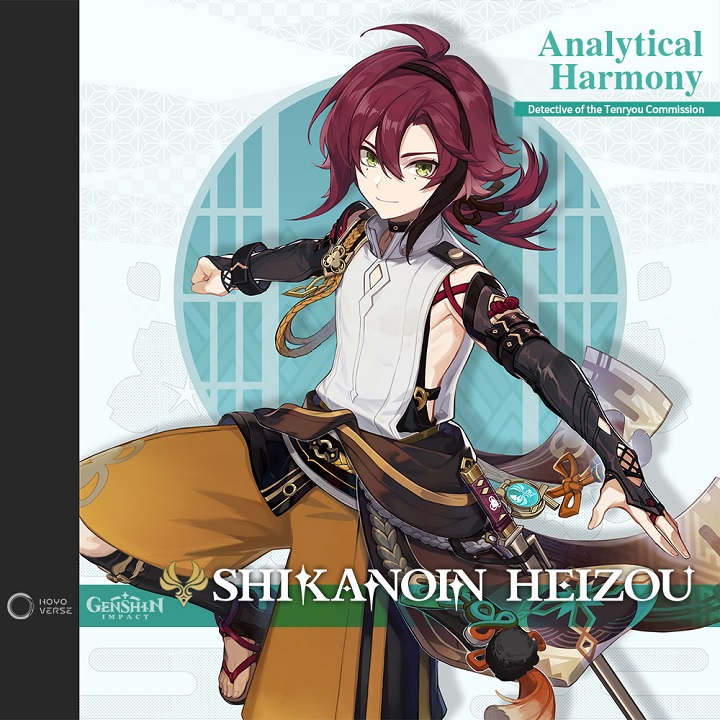 Days of Play 2022 Inbound; Sony is Preparing a Console and Game Sale