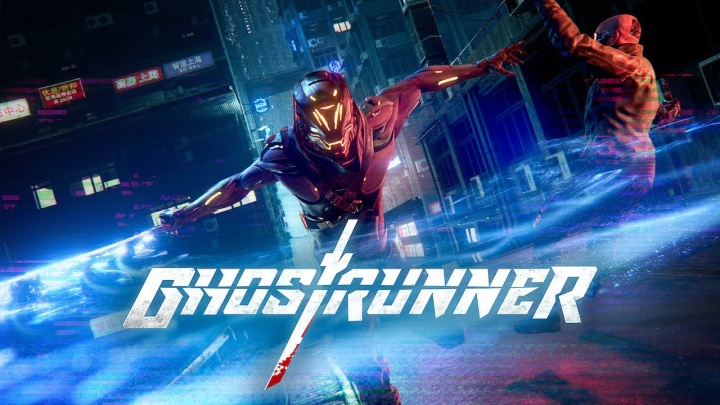 We've learned more about Ghostrunner
IN A NUTSHELL:

Ghostrunner is a game developed by the Polish studio One More Level, located in Krakow. Although it may remind you of Cyberpunk 2077, the two games only share the general character of visuals. It's a dynamic action game, requiring the player to be be perceptive and have sharp reflexes. The creators gave an interview for Wccftech, which is available here. Below we summarized the information that was provided during the interview.

The title of the game refers to the movie Blade Runner and anime Ghost in The Shell. One More Level doesn't hide the fact that Ridley Scott's production was an inspiration for creating the dark, cyberpunk atmosphere of the game. From the anime the game borrowed the fact that the main character is at least partially a machine. The theme of the city located in a big tower brings to mind the 2012 movie Dredd. Except that the scale of buildings in the game seems to be much more epic. 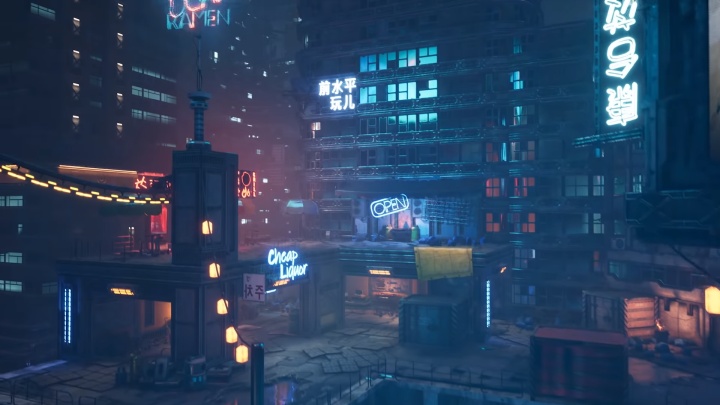 The city of Dharma lies inside a tower

The gameplay was affected mostly by the studio's previous game - God's Trigger. From it the mechanics of "one shot - one kill" was taken. One shot is enough to kill an opponent, but the player is subject to the same rule. The creators also mention Titanfall 2 and Mirror's Edge as the titles from which some elements were borrowed. Thanks to them the protagonist moves in parkour style, performs dodges, slides and other dynamic stunts. The character dodges enemy bullets just like in Superhot.

The technical side and development

Work on Ghostrunner started in early 2019. Currently about 30 people are working on the title. Previous game of the studio was powered by Unity engine. In case of Ghostrunner, it is Unreal Engine 4. The new engine gave the creators much more possibilities, and the transition to it wasn't difficult, because part of the team had already dealt with it before. 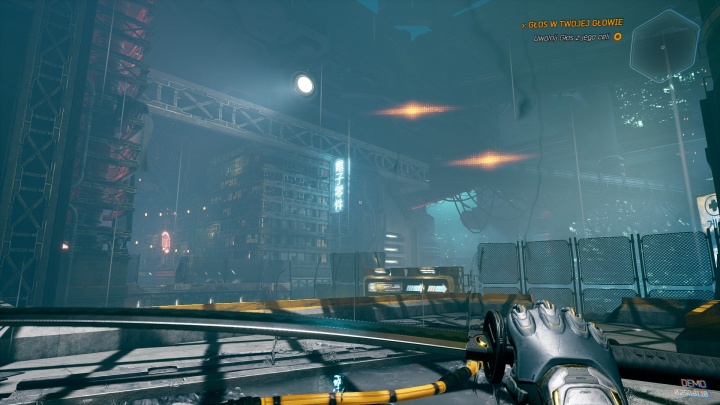 The game begins in the industrial sector

Thanks to the cooperation with Nvidia, ray tracing support was implemented. Shadows, reflections and ambient occlusions in the game will be calculated in a realistic way. The release version will also add DLSS, which uses the cores present in GeForce RTX cards. When asked about the next-gen console version, the developers answered that the title is primarily aimed at current platforms and do not plan its next-gen incarnation for the time being. The game also does not offer support for VR, at least in the current phase.

Ghostrunner provided just over 10 hours of fun. A lot depends on the player's skill and the number of attempts to each part of the game. That's how much it takes to complete the main storyline. Apart from that, unfortunately, the title has little to offer. After it's completed, we can replay single stages to improve the score or search for collectibles This makes sense, because the game will contain an online leaderboard. The developers also do not rule out the appearance of DLCs adding new modes and possibilities.

The game world and gameplay

Speedrunning will be essential in the game and there will be only one weapon - katana. The basic task of the player will remain to reach the opponent. This will be the most difficult, because it requires good reflexes, predicting enemy moves and a different approach to each opponent type. Killing with a blade alone will not be difficult, because one hit is enough, and a kind of "auto-aim" during an attack will provide assistance. We will customize our weapon using collectible upgrades, but this will not affect its effectiveness. These will be just cosmetic accessories. 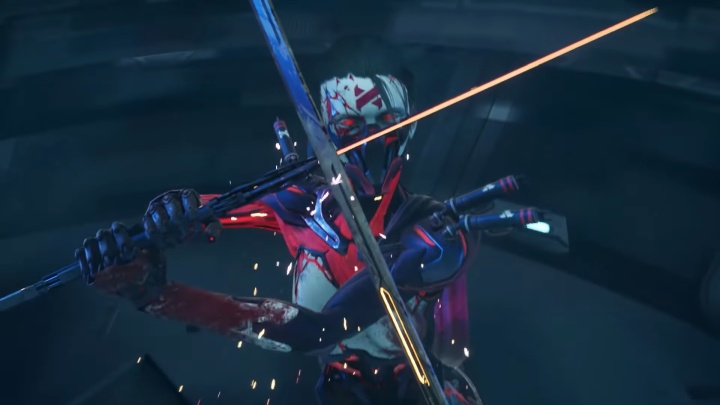 The weapon in the game can be visually modified

The player will be able to progress their character. Eliminating enemies will speed up the charging of the energy bar, which is utilized by special abilities. These will be unlocked as the plot progresses. After completing the game we will be able to play again with a fully developed character.

Ghostrunner's action takes place in a post-apocalyptic world. Mankind is inhabiting a powerful structure that resembles a tower. We start the game at its base, in the industrial districts. Then we climb higher and higher, through the skyscraper-filled city of Dharma, which is the center of this building, to the upper levels, where we will have to face the main adversary - the gatekeeper Mara. Along the way we will meet, apart from standard "one cut" enemies, also more challenging bosses. In this case a single blow is no longer enough, and we will have to try harder and discover how to defeat each of them.

Impressions from the demo

It's best to see for yourself what the gameplay is like. Ghostrunner's demo is available on Steam. I downloaded it, played for a while and I can already say something about gameplay. In fact, as the creators claim in the interview, the main emphasis was on reaching the enemy and speedrunning. As soon as I was in their vicinity, pressing the mouse button took care of the matter (unless, of course, I landed with my back to the enemy, because no auto-aim will fix such a mistake). 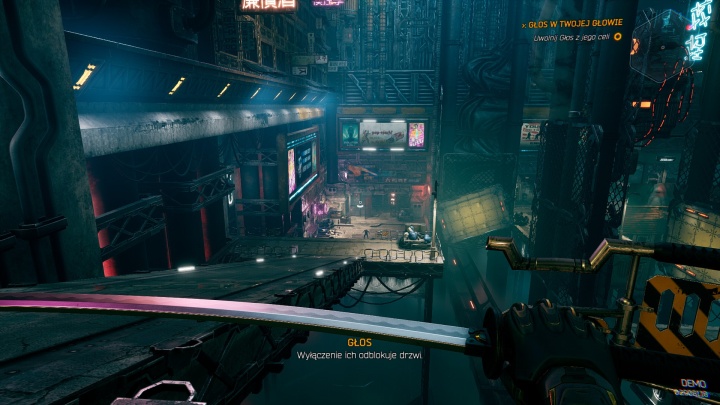 In the demo, we encounter mainly shooters and avoiding their bullets is the main obstacle. We can use something akin to bullet time, during which we can also move sideways, even during a jump. The level I played required a lot of jumping between platforms. And this in turn was done by wallrunning. At the same time, some surfaces are marked with arrows as usable and others are not. Sometimes we have to think for a while how to get through. I have the impression that the game adopts a somewhat more hands off approach than for example Mirror's Edge.

However, this is done quite intuitively, after a while I was jumping between the walls, getting to seemingly inaccessible platforms. I noticed, however, that there is no such sense of momentum as in Mirror's Edge (comparisons with this title are inevitable here). Perhaps it can be explained by this being the early stage of the game and the movement speed of the character is increased later on. 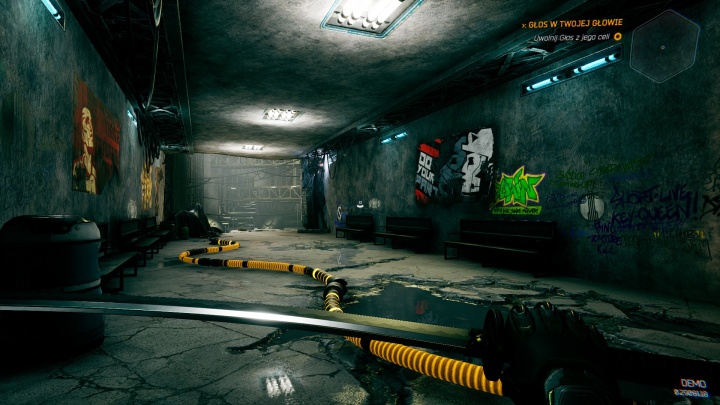 The "one shot - one kill" mechanics works well, although at the beginning repeating a section, because we missed that one sharp-eyed guy on the rooftop is irritating. Fortunately, the save points are quite densely distributed and the loadings are instantaneous, so repeating is efficient and not tiring.

Graphics are best judged by yourself. In my opinion they is quite pleasant, although I had an impression that the levels are a bit empty and repetitive. Some textures sometimes look strange, like the edges of destroyed walls. You certainly can't complain about optimization. Although my GPU model already has some dedicated mocking groups on Facebook, the game worked well on high details (although of course with ray tracing turned off). Remember, it's only a demo. It presents the current state of work on the title, and the full version is due to launch on October 27 on PC, PS4, Xbox One and Nintendo Switch.