All aboard the cyberpunk (hypetrain?) bandwagon! Cyberpunk 2077, and the recently announced Gamedec are joined by another Polish cyberpunk game, the Ghostrunner, which is strongly evokative of games such as Dishonored series or the unfortunate Prey 2 from Human Head Studios. The project, which the One More Level team is working on (the authors of the acclaimed God's Trigger, among others), is coming for the PC, PlayStation 4 and Xbox One, and its premiere is scheduled for August 6, 2020. Below, you will find an atmospheric trailer, a handful of details about the attractions waiting for us, as well as minimum system requirements.

Ghostrunner will take us to a gloomy world destroyed by a global disaster. Those who survived took refuge in a giant tower city constructed by a certain architect, who died years before in mysterious circumstances. Under the hard-handed rule of the so-called Turnkey, the community is divided into castes, which determine which implants people get during childhood; to top it all off, violence and poverty reign supreme.

It is therefore not particularly surprising that the citizens have finally decided to launch a rebellion. The main character will end up in the middle of a conflict, and thanks to the fact that he is the only one who can fight both in the physical world and in cyberspace, only he will be able to face the Turnkey and thus lead the rebels to victory. Climbing to the next floor of the tower, the protagonist will discover its secrets, but also secrets of his own past. 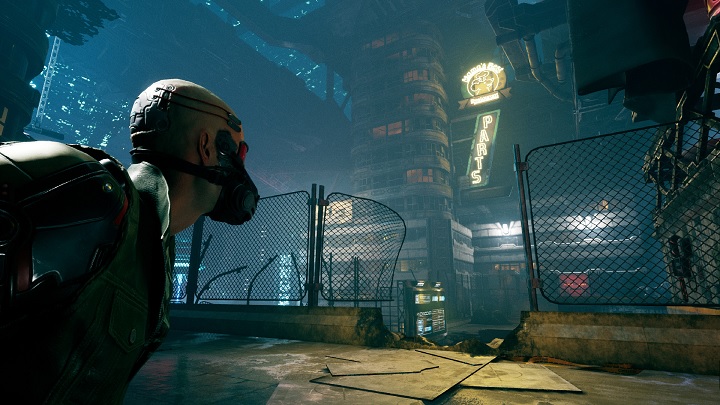 Although the city where Ghostrunner's action takes place is the last bastion of humanity, it does not do well.

In Ghostrunner we will observe the action from first-person perspective. The gameplay promises to be extremely dynamic  by wandering through gloomy locations, we will run on the walls like the the Prince of Persia and jump over gaps, which will be facilitated by a kind of "energetic whip." In addition, it seems that we will spend a lot of time fighting opponents, making use of melee weapons (the opponents can be eliminated by a single attack), trying to avoid their bullets. Those who can't keep up with what's happening on the screen will be happy to hear the combat system uses bullet time.

The whole thing looks really good, actually. Grimey streets bathed in darkness, the city illuminated by colorful neons, and all this complemented by a catchy soundtrack (or at least that's what the music in the trailer suggests). Finally, the above-mentioned system requirements. 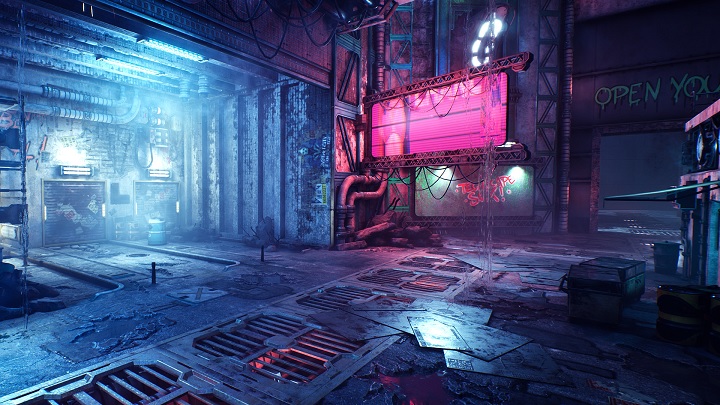 Doom and gloom everywhere... but at least a few lights are still colored.

New Gameplay From The Surge 2 on Gamescom

Beyond a Steel Sky With New Trailer and Gameplay