For several months now, fans of the adventure games from the British developer Revolution Software have had reasons to celebrate. In March they learned that the premiere of Beyond a Steel Sky - a continuation of the iconic Beneath a Steel Sky from 1994 - is approaching in great steps. This science fiction-oriented production will be released later this year on PCs, iOS devices and consoles. The promo campaign is already underway. Its latest elements are a video presenting gameplay with a commentary by Charles Cecil from Revolution Software and a new trailer. Both materials have been published by IGN.

In Beyond a Steel Sky, we will once again be able to take on the role of Robert Foster, who returns to Australia's Union City to deal with the case of a kidnapped child. As we can read in the text published by IGN, the title will include both elements characteristic of classic adventure games, such as extensive conversations or collecting items, as well as some things less obvious to the genre. These include the Virtual Theatre - a system that allows NPCs to actually "live" in the game world, instead of waiting in a specific place for the player to decide to talk to them. As a result, the fun should be more unpredictable and offer more solutions to the problem. For example, there will be hacking options that will allow us to manipulate the environment and provoke certain events to fit our plan.

Beyond a Steel Sky will also include moral choices. The consequences of many of them are expected to be long-term. What is interesting, however, the title will have only one ending, and the decisions we make during the game will only add some kind of "individual taste" to it. 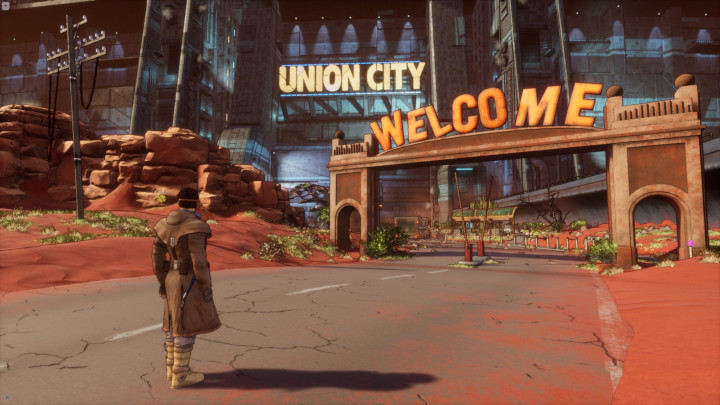 Return to Union City will be a nostalgic journey for many players.

If you want to prepare for the release of Beyond a Steel Sky, we encourage you to finish the first part. It is available on GOG and in a remastered version on mobile devices running on iOS.