Barely a few days ago Amazon managed to deal with a major exploit in New World, which provided players with invincibility, and already another one has appeared. This time it involves the ability to duplicate gold very easily. How? Well, some players could see a "Character_Persist_Failure" message right after moving to another server (this option has also been added recently). They noticed that if they transfer gold to a person who didn't experience this error and they log out immediately, then they won't lose any coins when they enter the world again and the transfer will take place anyway (via PCGamesN). 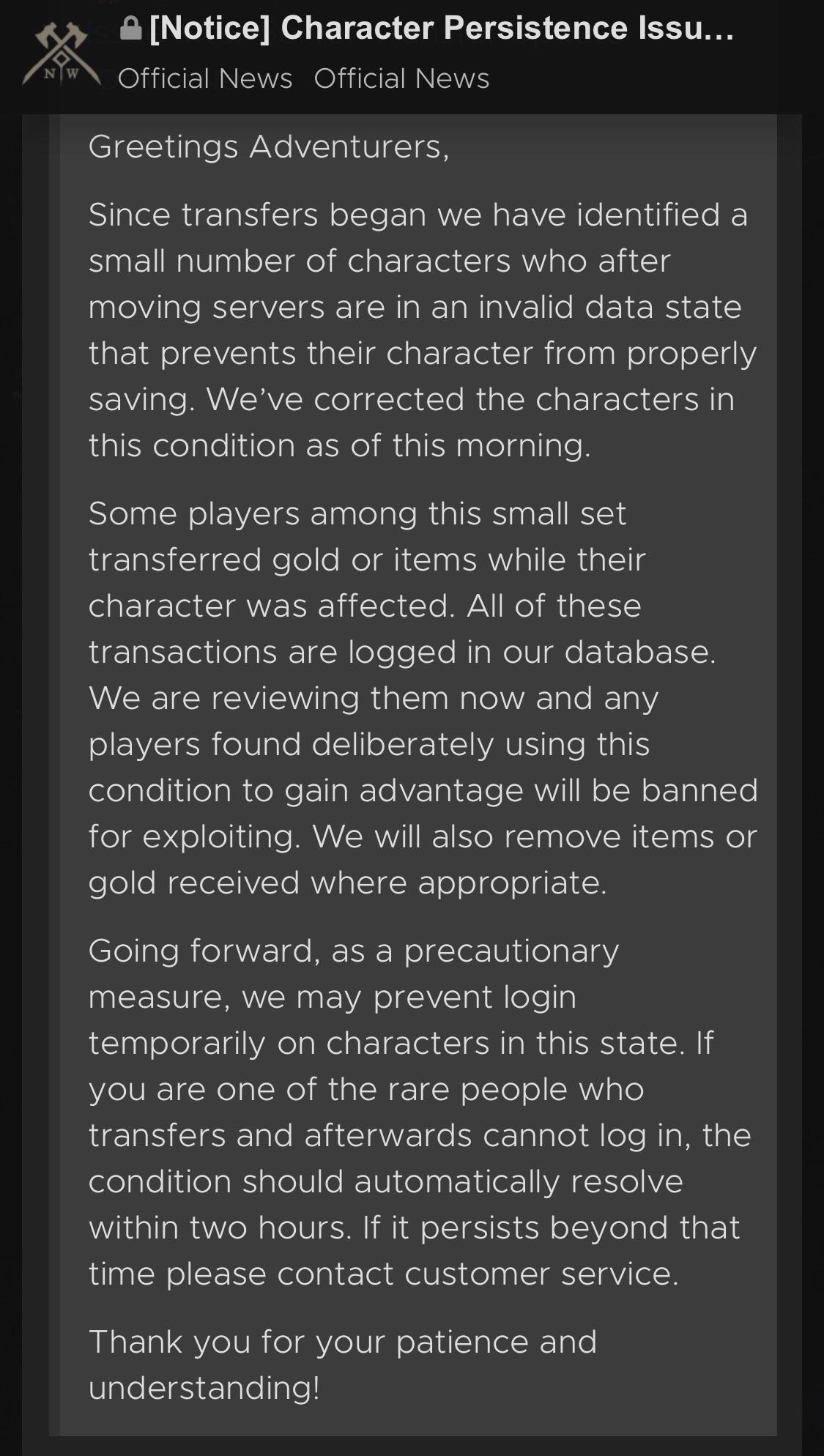 Of course, some people started to abuse this. The team at Amazon Game Studios had to intervene and threatened to ban anyone who used the glitch to gain an unfair advantage and it was proven they did so. Some gamers have decided to use this threat in a rather perverse way. On Reddit you can find reports, according to which some malicious players sent large amounts of gold to their rivals in the hope that they would be banned. But turth be told, this type of practice is nothing new in New World.

In any case, a representative from Amazon Game Studios assured us that the situation is now under control and that the "cloned" gold and items bought with it may soon disappear from players' inventories. Currently, the developers are closely watching the matter and considering how to avoid similar problems in the future. As a consequence, the option to move characters to other servers is temporarily suspended..

New World is available exclusively on PC since three weeks.