WB Games Montreal is slowly finishing work on Gotham Knights. Now it has been reported that this team, also known for Batman: Arkham Origins, is also simultaneously working on another project. What's more, according to this information, the work on it is said to have begun at least in 2019.

James Sigfield of Geeks WorldWide spotted a mention of the game in LinkedIn profiles of two former WB Games Montreal employees. According to the information posted there, work on the project began in September 2019 or earlier. What's more, it's unlikely to be a canceled game, as its development was still going on in the middle of last year, when the developers left the team. 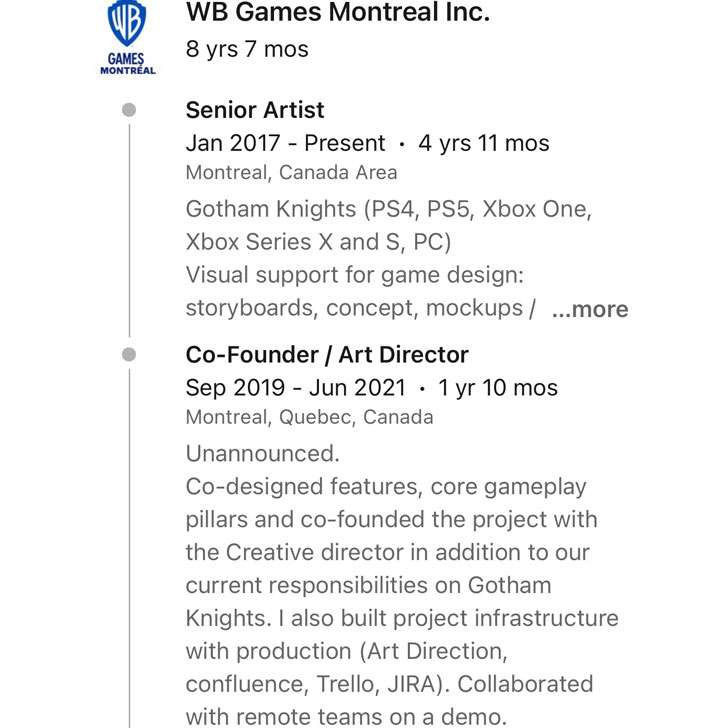 Nothing is known about this unannounced game. However, WB Games Montreal is a studio focused on titles set in the DC universe. Many people are betting that it will be a project starring Superman. Others suggest the Teen Titans team as heroes.

It's worth mentioning that according to James Sigfield we shouldn't expect the continuation of Arkham from this team. With the release of Gotham Knights, WB Games Montreal will launch its own DC mini-universe and the studio's next game will probably be set in this world. Formerly, these developers worked on the sequel to Arkham Knight, but it was canceled many years ago.

Want to go back to Batman: Arkham Origins? Be sure to do so with mods.

WB Games Montreal has no plans to return to the Arkhamverse. Thus, Batman: Arkham Origins will remain the only title from this world in the studio's output. It's worth remembering this game, especially because out of all the titles with the Dark Knight, this is the closest to the upcoming The Batman movie, so revisiting it may make the wait for the cinema premiere a little more pleasant.

If you decide to reinstall the PC version of Batman: Arkham Origins we recommend using three mods:

It should be added that it doesn't mean the end of Arkhamverse. Also Suicide Squad: Kill The Justice League, which is being worked on by Rocksteady, the devs of Batman: Arkham Asylum, Arkham City and Arkham Knight are set in this universe.

Gotham Knights is coming to PC, PlayStation 4, PlayStation 5, Xbox One and Xbox Series X/S. The release is scheduled for next year.