The fact that until may 21, we can still get a free copy of Grand Theft Auto V on Epic Games Store has caused a huge stir on the web. In theory, there is not much to complain about. Some players are happy to have another free title in their collection, Rockstar is happy to see the brand's popularity skyrocketing again, and Epic Games itself is celebrating that it's once again in the spotlight. There is, however, a certain group that is definitely not happy with the whole situation. We are talking about lovers of Grand Theft Auto Online. Some of them from the beginning had some concerns that a drastic increase in the number of GTA V owners may mean a decrease in the comfort of playing in the game's online module. And they were not mistaken. There are reports of a flood of hackers and modders in Grand Theft Auto Online (via Game Rant). 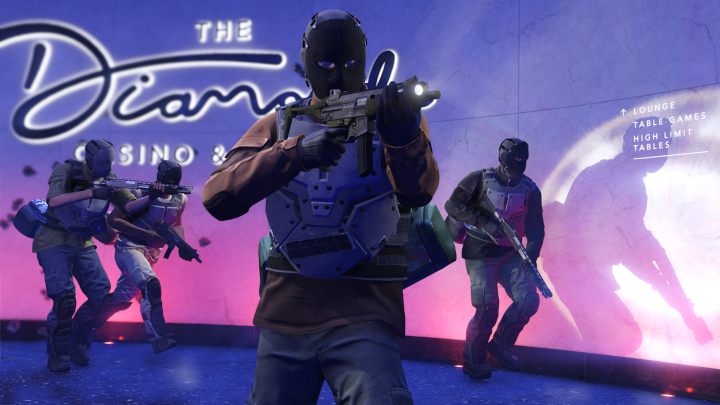 Playing GTA Online may be a bit difficult at the moment.

Reddit users write about strange, modded machines that appeared in Grand Theft Auto Online and disturb the game. Others report that after logging into the game they can't move, and random NPCs and vehicles appear above them. There are also reports of deliberate server overloads through hackers mass spawning various objects, which causes the servers to crash, not to mention the fact that the cheaters they gain unfair advantage. 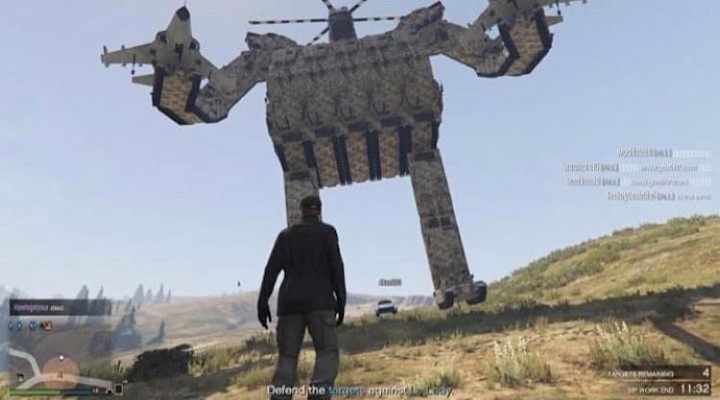 Although such a robot may look impressive, not everyone wants to meet it on their way. / Source: Reddit.

Although Rockstar may be somewhat overwhelmed by such a huge leap in the number of cheaters in Grand Theft Auto Online so far, this does not mean that the good times will continue for long. GTA V's online module still makes a lot of money and a sudden loss of many honest players, frustrated by hackers and malicious modders, would be quite painful for both the popular studio and the publisher, Take-Two Interactive. That's why all the measures will be taken to make sure that the situation normalizes as soon as possible.

Grand Theft Auto V has been present on PC since April 2015. The title is still one of the best-rated productions released on this platform (via Metacritic) and since its launch it has been placed in the top of bestseller lists, for example on Steam, where last week, despite free distribution in Epic Games Store, it took eighth place.