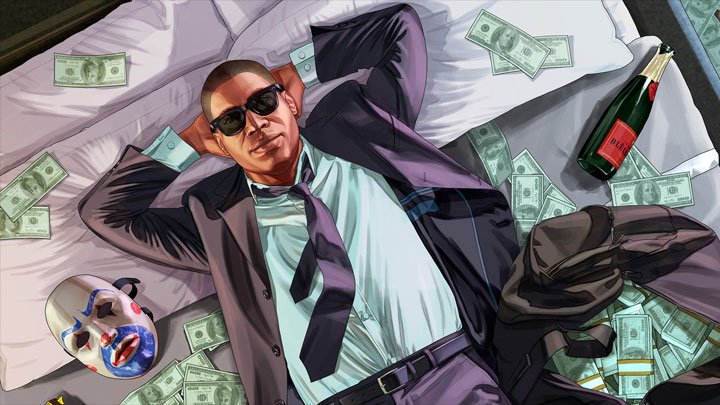 Some of you didn't believe our yesterday's report.

According to our previous reports, today at 8 AM, Epic Games Store offered, free of charge, the full PC version of Grand Theft Auto V, the great hit from Rockstar Games, which has sold more than 120 million copies to date, 10 million of which between May 2019 to February 2020 alone. So it's a title that's still going on strong and the opportunity to get it for free is a big treat. It's also not surprising that the news we published yesterday made some waves on the web, for example on Reddit.

We advise you to hurry up, as the offer will only be valid until May 21. Traditionally, let's remember that if we add GTA 5 to our library in Epic Games Store before that date, the game will remain ours forever, even when the offer expries.

Epic Games Store's servers are experiencing a real siege right now and there are problems loading the site. If you are experiencing such problems, please use the customer service for the time being, as GTA 5 should appear there correctly.

Grand Theft Auto V debuted on Xbox 360 and PlayStation 3 in 2013, hit XONE and PS4 in 2014 and athe PC version was released in 2015. So while it's not a young production, it still does well in the market. Not only does it practically do not leave the bestseller lists (e.g. in the USA or Great Britain), but above all, the game's online module in the form of Grand Theft Auto Online is still very popular.

GTA Online requires Grand Theft Auto V, so just for this multiplayer project it's worth taking advantage of Epic Games Store'soffer. The module is being developed all the time and the support is not going to end anytime soon.

Anyway, the most interesting things in Grand Theft Auto Online are not limited to what Rockstar Games prepares. Much of the charm of this online module is the creativity of the community. Only in the last few months, there has been a lot of rumors about gangs of aliens, using prostitutes to clone cars or virtual demonstrations organized by activists from Hong Kong.