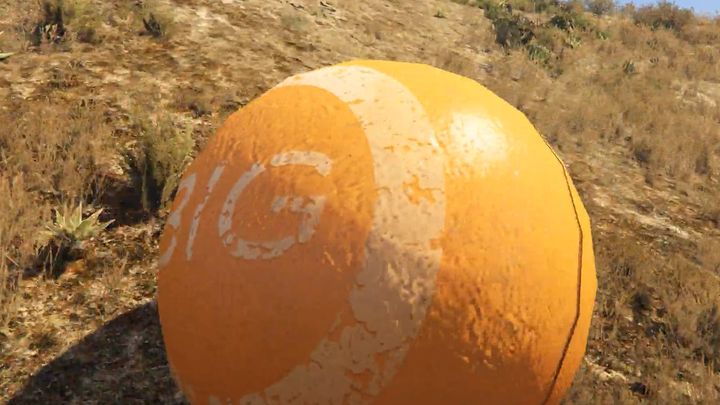 Cheats are not uncommon in GTA Online on PC.

Cheats are a problem that affects - to a greater or lesser extent - virtually every multiplayer shooter, with particular emphasis on F2P titles such as Call of Duty: Warzone or Counter-Strike: Global Offensive. However, it turns out that fans of GTA Online also complain about cheaters. The owners of the PC version of GTA V indicate a lot of problems and strange situations - a great summary can be the picture below. 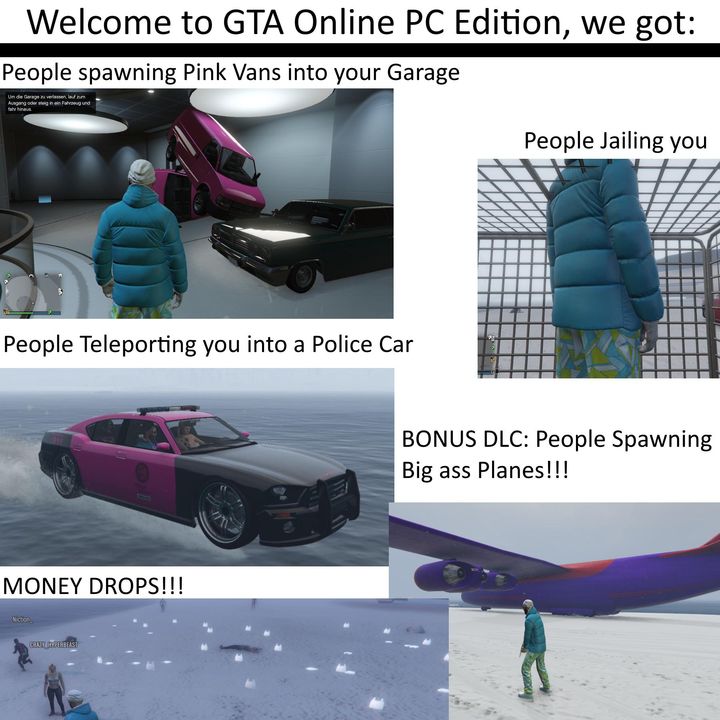 Cheaters in GTA Online do not limit themselves to creating aimbots and wallhacks.

Some of the stories quoted by GTA Online players on PC make your jaw drop in disbelief. There are some fairly standard situations - for example, one of the users has found a cheater-fan, who kills his character every time it appears in the game, and another one has lost his car and got tazed to boot.

However, there is no shortage of much more original ideas. One user has been turned into a burning toilet - which makes him die in flames every time he leaves his apartment. Perhaps the funniest thing is the story of a player whose character... has been turned into a giant beach ball. Interestingly, he decided to just roll with it. It is worth noting that the ball actually surrounds the hero and by the way it hides him from the sight of the police and protects him from various threats - such as bullets or explosions.

A Modder Decided to Turn Me Into a Ball in GTA Online, So I Made The Best Out Of It from r/gtaonline

Yet another user mentions that he was turned into a huge windmill - in this character he "got in" his jet fighter and defended beginning players while spamming his new battle cry: "Have no fear, Los Santos Wind Power is here!

There's also an interesting discussion on this issue. Some users point out that in order to deal with similar situations it is enough to restart the game, while others point out that the way is... to use the console and enter the appropriate command. In short, protect yourself from cheats by using cheats (and then cry that the devs at Rockstar Games have banned your account).

"Sure, use the cheat menu so that you don't get trolled by others using the cheat menu. Damn, that's brilliant... Sometimes this sub makes me feel like people have started breeding with turnips...," sums up Nysyth.

Evolution of Minecraft Depicted in 4 Minutes