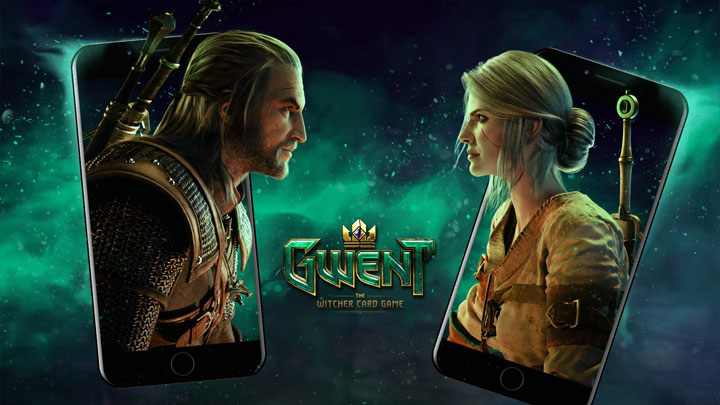 Soon we will be able to carry Gwent in our pockets.
GWENT IN A NUTSHELL:

CD Projekt RED informed that Gwent: The Witcher Card Game will have a mobile version. This year, the production will go to iOS devices. There are also plans to release an Android version, but the details of this edition will be revealed at a later date.

Like the PC and console versions, the iOS release will be based on a free-to-play model. The developers admit that the preparations for the mobile version took a long time, as they had to adapt their technology, including the GOG Galaxy multiplayer system, to the needs of smartphones and tablets.

Today's news is not a complete surprise. The first reports on this subject appeared as early as in 2016 when it turned out that CD Projekt RED is looking for a programmer with experience in creating mobile projects. After that, however, the matter of iOS and Android ports went off the radar and many people thought that the plans had been abandoned.

Let's remind that Gwent made its debut on PC in October last year, and in December the game was ported to Xbox One and PlayStation 4. The project met with a warm reception and the PC version has an average score of 80% on Metacritic.

Unfortunately, recent reports from the CD Projekt RED suggest that Gwent has turned out to be a financial disappointment. Nevertheless, the developers do not intend to abandon the project. They are currently working on the first expansion, Crimson Curse, which will hit the PC as well as Xbox One and PlayStation 4 on March 28.