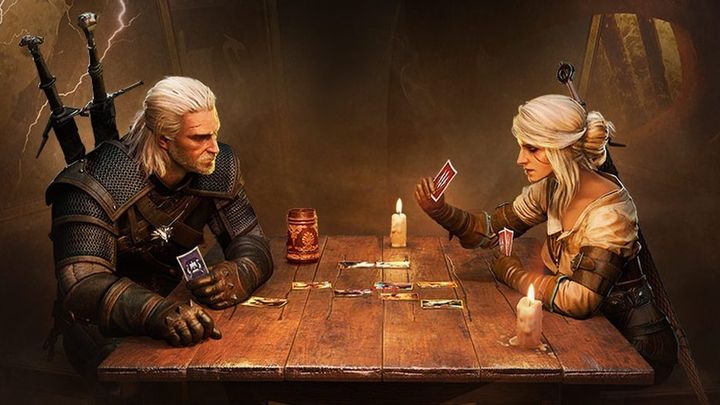 The first addition to Gwent is just behind the corner.

Gwent has been going through a considerable crisis in recent times. Due to the numerous changes introduced to the game, this stand-alone version of the popular mini-game from The Witcher 3 has lost its popularity. According to Kotaku sources, Gwent turned out to be a "financial disappointment" for CD Projekt RED. In spite of the rumors, the company has just announced the release of the first major expansion to its card game. It's called Crimson Curse and it will make its debut on all platforms on March 28, this year.

The expansion will offer more than a hundred new playing cards. Thirty-one neutral cards and fourteen for each faction will be available to players. To begin with, five cards that will appear with the add-on have been revealed. Among them, we can find e.g. Plumard or Dryad Ranger, which poison the enemy in addition to dealing damage. Over time, a dedicated website will be used to reveal more cards. What's more, the expansion will introduce new gameplay mechanics and archetypes.

All these novelties are connected with the title Crimson Curse, which is the result of a powerful ritual performed by the higher vampire, Dettlaff van der Eretein. It warped the inhabitants of the Witcher world and brought many new, previously unknown creatures into the world.

It is worth noting that Gwent is a free multiplayer card game developed by CD Projekt RED. It was released on October 23, 2018 on PC and on December 4 on PlayStation 4 and Xbox One. Initially, it was supposed to include a single player mode. In the end the single-player campaign was separated from Gwent and released under the title Thronebreaker: The Witcher Tales as an independent product.