Star Citizen features a lot of ships and vehicles as it is. Of course, the average player of this space simulator is unlikely to be able to have them all in their collection. However, some of them would certainly like to see how some of the machines are performing in action, or take a look at their models in the game. It is for such people that Cloud Imperium Games prepared the Intergalactic Aerospace Expo 2950.

What is the whole thing about? On the planet microTech in the Stanton system, namely at the Tobin Expo Center in New Babbage, exhibition halls will be opened, where various starship manufacturers from the world of Star Citizen will present their works, including their limited pieces. Not at once - the exhibition will be changed every 48 hours. To start with, we will be able to see the Mustang Alpha, Mustang Beta, Mustang Delta, Mustang Gamma, Argo Mole, MPUV Cargo, MPUV Personnel, ROC, Greycat PTV and Nomad, which is new to the game. The developers expanded on this, as well as the whole Intergalactic Aerospace Expo 2950 event, on the video below.

The exhibition in Tobin Expo Center opened today at 5 PM CET / 8 AM PT. At 2 PM PT there will be a Free Fly option, which will enable us to rent a selected vessel for 48 hours for free. Simply approach the ship or vehicle we're interested in, highlight it and press the Rent button.

If we like any of the machines we've tested, we will of course be able to buy it. During the event, selected ships and vehicles will also be available for sale, including some which are normally very difficult to get.

The Intergalactic Aerospace Expo 2950 will last until December 2. Additional details about the event can be found here. 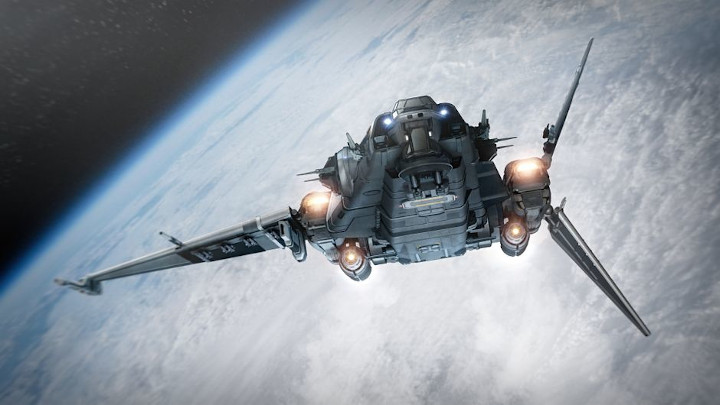 The event taking place today in Star Citizen should attract many players.

Finally, it is worth mentioning that so far Star Citizen has collected over 318 million dollars from nearly 3 million people. Despite more than 8 years of development, we still don't know when the title will leave early access or when the single player campaign, Squadron 42, will make its debut. For now, we are waiting for refreshed game development plans to appear before Christmas.

Amazon Customers Get Cat Food and Massage Devices Instead of PS5