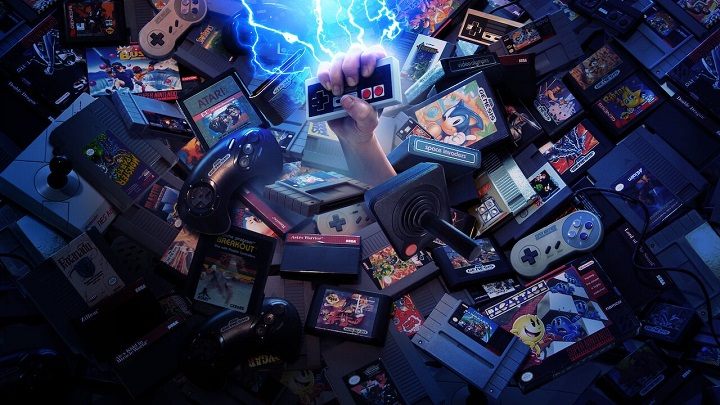 Netflix's documentary will present the history of video games.

Some time ago, Netflix announced a new series, which may be of interest to gamers. It is High Score: The Golden Game Age, a documentary on the history of video games. The series, consisting of six episodes, will present the development of the industry, focusing on classic titles from the 1990s, but will also discuss the backstage of the creation of Pac-Man, Donkey-Kong, Super Mario Bros., Sonic and the infamous E.T., as well as contemporary esports. There will also be interviews with legendary personas like Tomohiro Nishikado (father of Space Invaders), Richard Garriott (creator of Ultima) and Nolan Bushnell (founder of Atari). The role of the narrator is played by Charles Martinet, known mainly as Mario's voice. The series will be available from August 19.

Although there is still a week left before the premiere, High Score has already been checked by journalists who have shared their impressions on the web. Most of them did not give a score, but the reviews on numerous websites are very positive. Episodes last about 40 minutes and are provided in an accessible, attractive audiovisual form. The contribution of Charles Martinet's voice is not insignificant. Many were also enchanted by the personal stories of lesser-known but honored creators (and not only), as well as a handful of more or less known facts about some iconic series.

Most of the reviewer charges came down to two issues. One is that the material is too condensed (topics are discussed rather concisely and as a result even important information is thrown in on the side). The series also happens to give parts of the story in a somewhat messy way (although the links between them usually become clear at the end of the episode). Nevertheless, reviewers emphasize that High Score is a must for both video game fans and history lovers. We'll see about that next week.

Game Based on Famous Meme is in the Works