A little over a month before the release of its multiplayer shooter Hunt: Showdown, Crytek, the company responsible for the game, boasted that it managed to fulfill one of the most frequently repeated fan requests. In the full version of the game the developers will implement Trinity mode, which will allow players to form three-person teams, because it is worth noting that the early access version (both on PC and Xbox One) allows you to play in duets or try your hand at it as a lone wolf. On this occasion, the devs have published a short trailer, featured below.

We first heard about Hunt: Showdown in 2014, when the game was still called Hunt: Horrors of the Gilded Age. Later problems of Crytek, which resulted in lay-offs in Crytek USA, the studio responsible for the development of this project, and consequently - putting it in the hands of Crytek Frankfurt - caused, however, that its fate was questioned.

It was not until May 2017 that it was announced that the title was still in the works, while in June we have learned fresh facts about it. The game made its debut in Early Access on Steam at the end of February 2018, and since May 30, this year it's also available on Xbox One. Currently, Hunt: Showdown is about to be shipped to stores - as we found out at the end of last month, the title will leave early access on PC and Microsoft console on August 20; in autumn, the game will also appear on PlayStation 4. 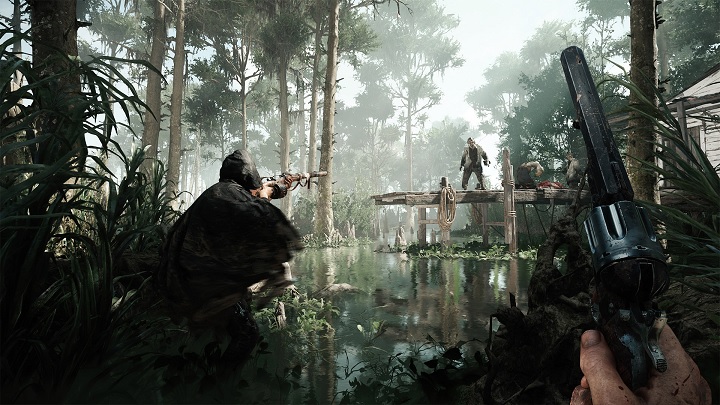