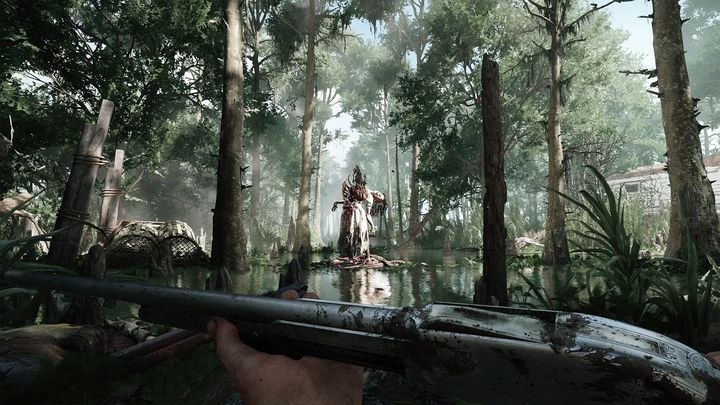 After five years we will see the release of the full version of Hunt: Showdown.

Hunt: Showdown has come a long way. We first heard about it in 2014, when Crytek confirmed its development. The project, however, came across problems that significantly prolonged the production process. Ultimately, at the beginning of 2018, the title appeared in Early Access for PC users. Everything seems to indicate that after five years the development of Hunt: Showdown is coming to an end. During a stream on the official channel of the German developer on Twitch it was announced that the full version of the game will launch on August 20 this year on PCs and Xbox One. The PlayStation 4 port will be available in the fall.

In addition to the release date, the price has been announced. For the full version of Hunt: Showdown we will have to pay 39,99 euro. If you are interested, you can still buy the Early Access version on PCs and Xbox One for a lower price. Thanks to this, on August 20 you will receive a legendary weapon skin. It is also known that thanks to Koch Media, the game will be released in a boxed edition.

It is worth mentioning that Hunt: Showdown is an online FPS, combining battle royale and survival. During the game, together with nine other players, we hit the swamps of Louisiana and fight for a monster's head. Clashes can take place in one-on-one or two-person teams. The game appeared in Early Access on February 22, 2018. More than 15 months later, on May 29, 2019, the title appeared on Xbox One as part of the Xbox Game Preview.